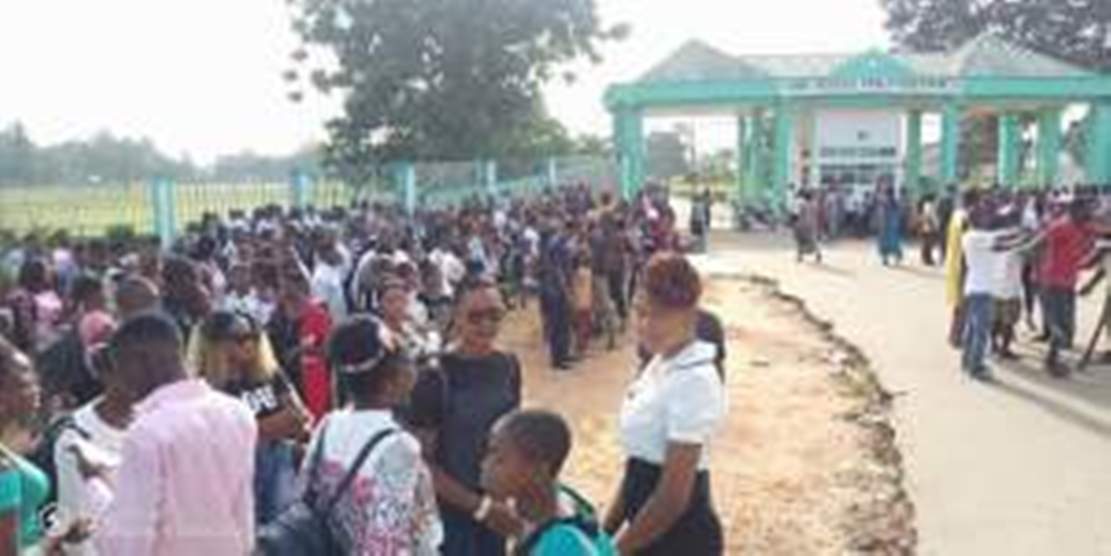 Indegenes of Ohaji/Egbema Local Government Area of Imo state on Monday morning blocked the entrance of Imo State Polytechnic, Umuagwo, protesting the decision of the Imo state government to relocate the Institution which is now being upgraded to University status.

The protesters numbering in hundreds kicked off their protest as early as 08:58am and did not allow students and staff to gain entrance into the school, Vanguard reports.

Their reason, according to the protesters, was to express their disapproval over government’s planned relocation of the institution to Ehime Mbano local government area.

It should be recalled that the Imo State governor, Rochas Okorocha, through his Chief Press Secretary, Sam Onwuemeodo, recently made public a press statement, that the Imo Poly, has been relocated to Ehime Mbano.

Some of the protesters have reportedly vowed to continue the protest until the government listened to them.

2 thoughts on “Just in: Indigenes of Ohaji/Egbema block Imo Poly, protest its relocation”