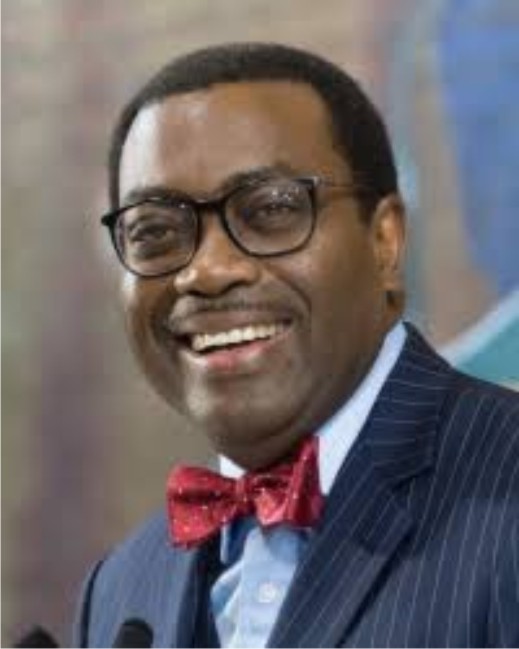 Dr Akinwunmi Adesina has been sworn in to serve another five-year term as President of the African Development Bank (AfDB).

Adesina was sworn in on Tuesday morning at the AfDB headquarters in Abidjan, Cote d’Ivoire, in an event that was broadcast virtually.

The swearing-in ceremony and oath-taking was attended by Heads of States, Governors, Nigeria’s former Vice President, Atiku Abubakar, and over 200 external stakeholders who joined physically and virtually.

Dr Adesina was re-elected on August 27, on the last day of the 2020 55th Annual Meetings of the AfDB, to serve a second five-year term, after a unanimous vote of all Governors, regional and non-regional members of the Bank.

The election was announced by the former Chairperson of the Board of Governors of the Bank, Mrs. Niale Kaba, Minister of National Planning of Côte d’Ivoire.

The AfDB President described his re-election as historic, becoming the first President of the bank to be re-elected by 100 percent votes of all its shareholders.

Adesina who was a former Minister of Agriculture and Rural Development, is also the first Nigerian to be elected and re-elected to serve as the AfDB’s President.

Dr Adesina’s first term in office focused on new agenda for the Bank Group, based on five development priorities known as the High fives: Light up and Power Africa; Feed Africa; Industrialize Africa; Integrate Africa; and Improve the Quality of Life for the People of Africa.