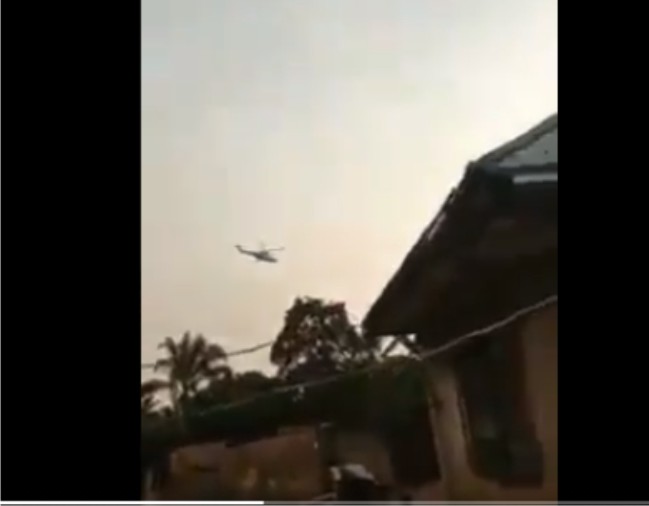 There are military air strikes currently going in Orlu, Imo State as the footages shared online by residents of the area have shown.

According to reports, residents are been subjected to air strikes because Nigerian military are seeking out operatives of Eastern Security Network (ESN), a security outfit set up by the Indigenous Peoples of Biafra (IPOB) to secure communities against attacks from armed herdsmen.

In the videos, a Nigerian military helicopter is seen releasing gun shots into communities as residents run in panic for safety.

In one of the videos, a child is heard crying, “Mummy oo… Mummy oo” as the sound of the helicopter draws nearer to them.