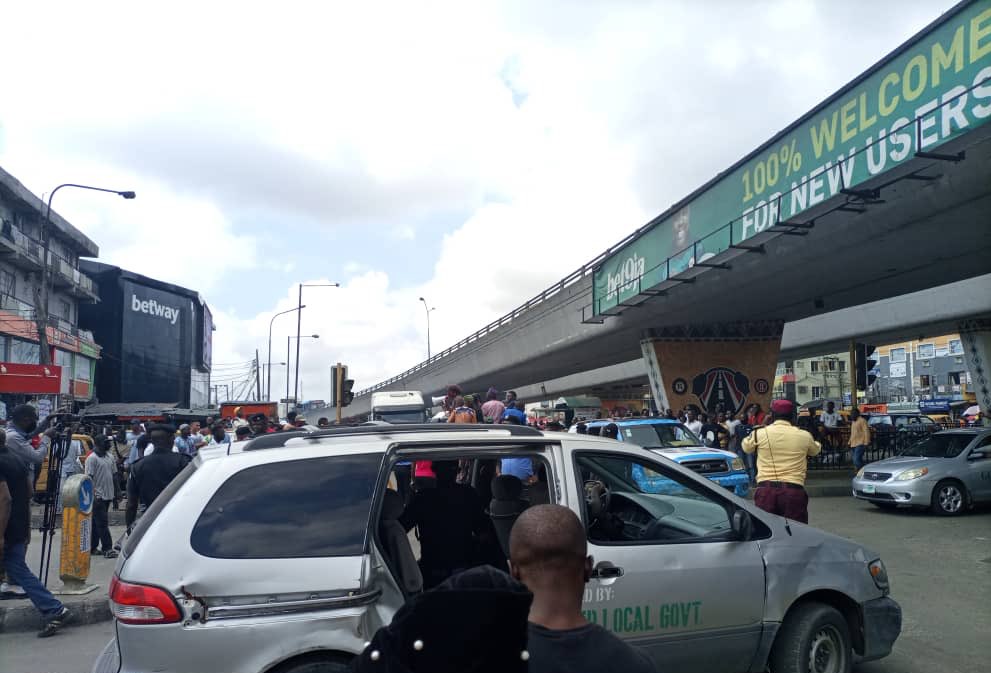 Officers of the Nigeria Police Force have reportedly arrested some anti-fuel and electricity tariff hike protesters in Lagos state.

We gathered that the protesters who are members of the Socialist Party of Nigeria (SPN) took to the street to express their displeasure over the recent increase in petroleum price and electricity cost before they were arrested around the Ojuelegba area of Lagos on Thursday.

Apart from the abuse on the protesters, journalists who were covering the protest were also arrested, their gadgets seized.

One of the leaders of the protesters, Hasan Soweto, who is said to be the National Youth Leader of SPN reportedly said 18 persons were arrested, including four journalists.

He said, “We have just been arrested alongside several other members of the Socialist Party of Nigeria and journalists for protesting this morning against fuel price hike, electricity tariff, and deregistration of SPN. I am typing this message at the back of a police van taking us to Area C, Police Command, Lagos,”

The Lagos Police Public Relations Officer, Muyiwa Adejobi is yet to speak on the incident as his lines were said to be unreachable as at the time of filing this report.