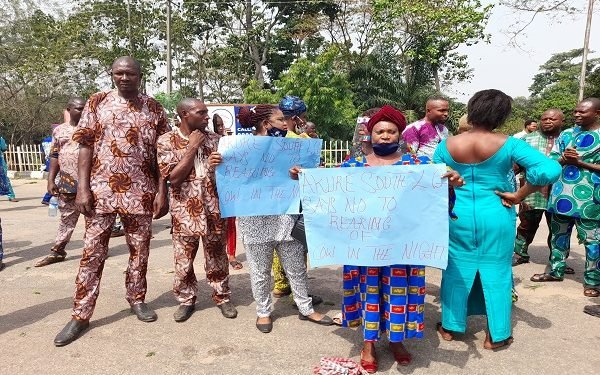 A group said to be members of the Nigeria Forest Services known as Forest guards, farmers and traders, including commercial drivers took to the streets of Akure, Ondo State, on Thursday to march in support of Governor Oluwarotimi Akeredolu order to herdsmen to vacate forest reserves in the state within seven days.

The group protested against the continuous stay of herdsmen who they accused of inflicting serious of attacks on members of rural communities and carrying out kidnapping in the area.

The protesters carried placards urging the Ondo Governor not to back down on his directive.

Chairman of the National Union of Road Transport Workers, Comrade Jacob Adejo, said commercial drivers were no longer safe in the state.

Adejo said his members need protection as herders attacked them with impunity as well as kidnapped them before now.