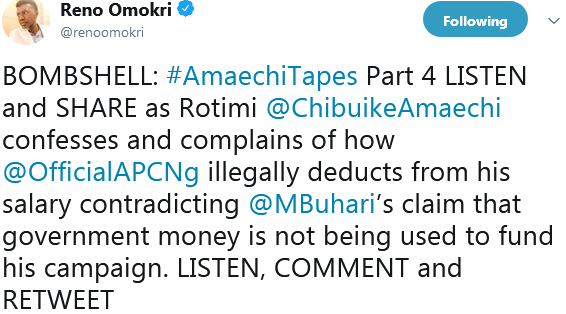 Reno Omokri has taken to his twitter handle to share the part 4 of the leaked audio of the Federal Minister of Transportation and former governor of Rivers State, Rt Hon. Rotimi Amaechi.

In the audio, Amaechi is heard saying that APC deducts 100,000 Naira from his salaries and that his sons all study abroad. Amaechi says his first son studies in Dublin, his second in Canada while his third studies in Great Britain.