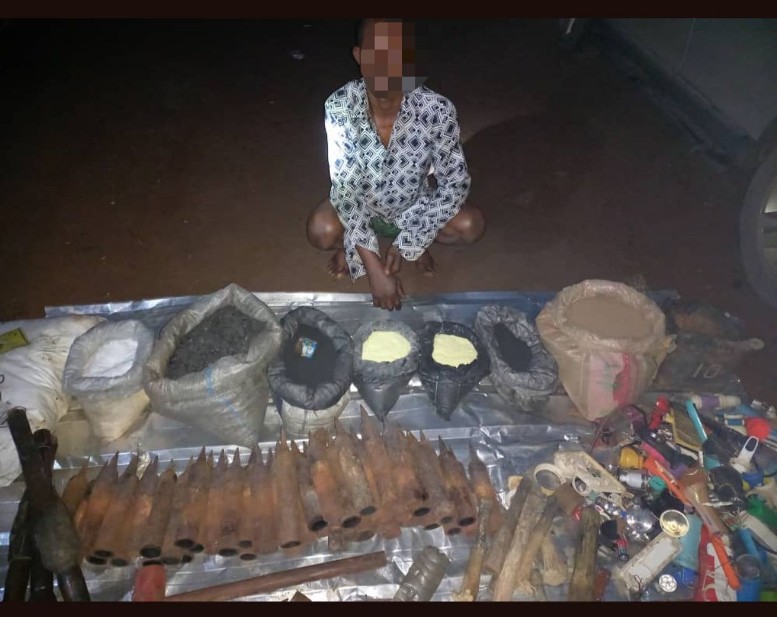 Police officers in Imo state have arrested a manufacturer of Improvised Explosive Devices used in attacking Police Stations and Government facilities in the state.

The arrest was made on April 20th following the raid of an alleged hideout of the Indigenous People of Biafra IPOB/Eastern Security Network (ESN).

A statement by CSP Michael Abattam,  spokesperson of the state police command,  says the police operatives received an intelligence report and immediately mobilised to the hideout of the group located at Uba Umuaka in Njaba LGA of Imo State and raided the camp.

“In the course of the raid, one Simeon Onigbo ‘m’ age 50 years was arrested. On the spot  interrogation, the suspect admitted being the manufacturer of most of the Improvised Explosive Devices ( I.E.Ds) used in attacking police stations in the State and outside the State.

“On searching the criminal hideouts items recovered includes the following:

Abattam added that investigation is ongoing and that the suspect has made useful statement about other members of his gangs outside the state who patronise him. Operatives of the Command are not relenting and all efforts are on top gear to arrest the named suspects.