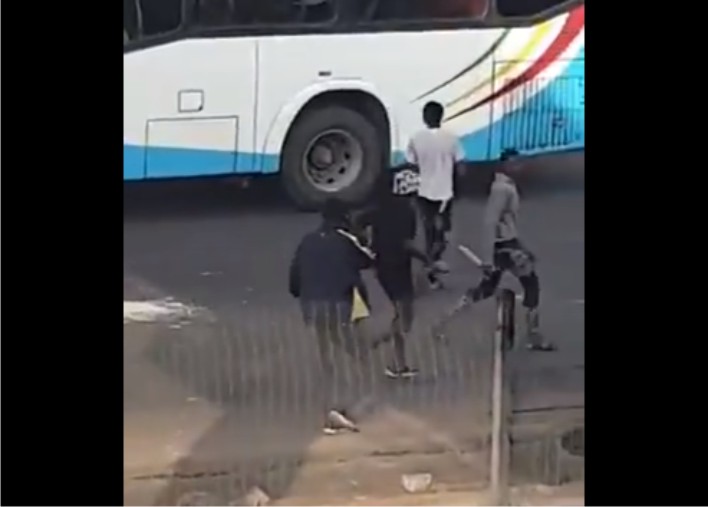 #EndSARS protesters have accused some officials of the Lagos State Government of sponsoring armed thugs to attack them on Thursday morning in Alausa area of the state.

The protesters who have been demanding an end to Police Brutality in Nigerian for several days now were attacked by thugs who came in government buses.

At the moment, yet-to-be ascertained number of protesters have been injured.

The protesters are accusing the leader of the Nigerian Union of Road Transport Workers (NURTW) in the state, Musiliu Akinsanya aka MC Oluomo, to be responsible for the mobilization of the thugs.