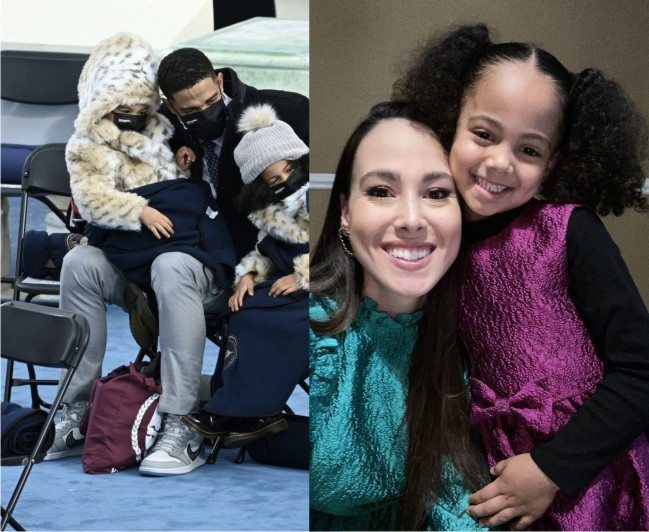 Nikolas Ajagu was part of Harris’ family who were at the platform to witness the swearing in of Vice President Kamala Harris and President Joe Biden.

Nikolas is the son of Doctor Chris Ajagu from Nimo in Anambra State, Nigeria.

He and his wife, Meena Harris (Kamala’s niece) and their two daughters attended the Biden Inauguration on Wednesday where Kamala made history by becoming the first Female, First Black, and and First South Asian-American Vice President of the United States.

Nikolas is a top Facebook executive (Head-Global Partnerships). He is also the Founder of Barrel & Ink and Code & Canvas. He was previously the Investment Advisor at Ecosystem Ventures LLC and graduated from Princeton University.

For the Inauguration, Meena Harris, an author, lawyer and the founder of clothing label Phenomenal Woman, paired a shearling Coach coat with an Ulla Johnson blouse and skirt from the designer’s fall 2020 collection for the inauguration. She complemented the green look with a pair of sparkling knee-high boots.

Nikolas went viral after the inauguration because many Americans started wondering who was wearing the much sought after $26,000 Dior’s Air Jordan sneakers at the ceremony.