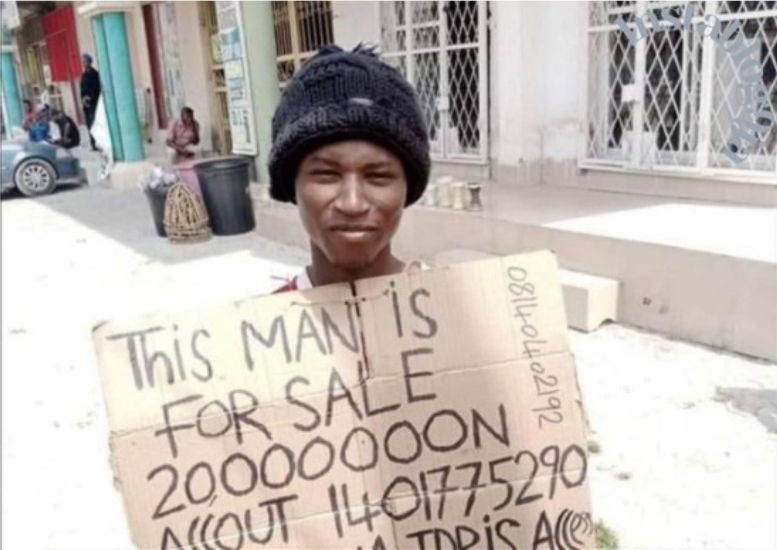 A 26-year-old man identified as Aliyu Na Idris who put himself for sale for the sum of N20 million has been arrested by Hisbah police in Kano.

Head of Hisbah Board, Commander Sheik Harun Ibn Sina said it is forbidden in Islam for one to put himself up for sale.

“Yes we arrested him yesterday (Tuesday) night and he spent the night with us but I haven’t interrogated him,” he told The BBC.

Idris, a tailor, had told reporters that he put a placard on his neck and went around Kano city, saying ‘I am for sale for N20m’ because of poverty. “My family is aware of it and it is because of poverty, I first tried Kaduna but I didn’t get any buyer so I moved to Kano. Some people have made their bargain but nobody has reached the N20m target.”

He added that he planned to give the government N5m as tax if he gets a buyer willing to pay N20m. He also said he planned to give his parents N10m and that the person who helps him get a buyer would take N2m while he would keep N3m for daily upkeep as he begins life with his buyer.