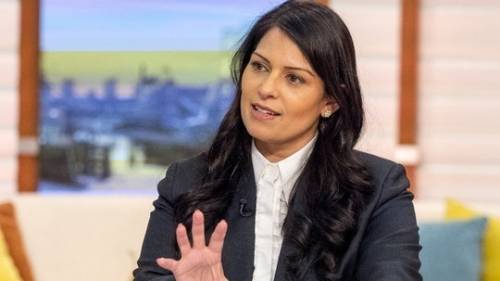 A former Secretary of State for International Development of the United Kingdom, Priti Patel, has warned investors to be wary of investing in Nigeria.

In an op-ed for City A.M., Patel, who is a member of the British parliament, claimed that President Muhammadu Buhari has disrespect for “international law and convention, and court decisions”.

Patel, who visited Nigeria in 2017, alongside Boris Johnson, former UK Foreign secretary, cited the case of a firm owned by two Irishmen, which got a contract in Nigeria in 2010, adding that Buhari, upon assuming office in 2015, cancelled the contract.

Patel claimed that the firm’s efforts to get compensation through the court were also frustrated as Buhari refused to obey court decisions made in favour of the foreign firm.

Patel said, “In Nigeria, the unhappy experience of the firm founded by two Irishmen, Process and Industrial Development, is a case in point, and demonstrates the risk that businesses will face in Nigeria.

“Since Buhari reneged on this deal, P&ID has undertaken legal efforts to affirm a tribunal award, first decided in London. It also made several attempts in court to force the Nigerian government to respect its obligations.

“The most recent court decision at a London tribunal confirmed that the Nigerian government owes P&ID almost $9bn for the initial breach of contract, loss of income, additional costs, and interest accrued after five years of non-payment.

“However, the Nigerian government has continued to flout international law and convention, and it refuses to respect the various court decisions.

“Investors must consider this long-running scandal and weigh this obstinacy against Nigeria’s mishandled economic potential.”

She added, “Nigeria is ranked 145th in the world for its ease of doing business, which demonstrates the risks of investment into Nigeria.”

“We should all welcome international efforts to attract international investment into developing economies. However, to do this successfully Nigeria must seriously tackle corruption, rather than use it as a smokescreen. It must honour its obligations to companies like P&ID. Until then, investors inevitably will be very wary of investing in Nigeria.”

Responding, the Director-General, Lagos Chamber of Commerce and Industry, Muda Yusuf, said it was not right for Patel to make such a generalisation about investing in Nigeria.

Yusuf said, “I don’t think people should rely on that kind of statement in order to make a decision on whether to invest or not. What is most important to an investor is the opportunity that exists to make profit in an environment,” he said.

Also, the Managing Director, Footprints for Africa, Mr Osita Oparaugo, called on the Federal Government to erase the poor perception of foreign investors about the Nigerian business climate.

On its part, the opposition Peoples Democratic Party said it was unfortunate that Buhari had given the country bad image abroad, with his alleged penchant for disobeying court orders.

A presidency source said Patel’s claims were being analysed by government.

However, the Presidency described Patel warning as “lacking in substance and devoid of merit in empirical evidence established by facts.”

The President’s Senior Special Assistant on Media and Publicity, Mr Garba Shehu, in a statement said, “Her claim is a fabrication that cannot be supported by the facts on the ground.”

“Nigerian has recognised the rights of investors, both local and foreign, as enshrined in our constitution, which states clearly that no investment can be taken from its owners without recourse to the law. Given the constitution, you don’t even need international protection for assets held in this country.

“Beyond this, we have established a proper climate of investment on account of which, the nation has gained 24 points of excellence in the global ease of doing business index.”