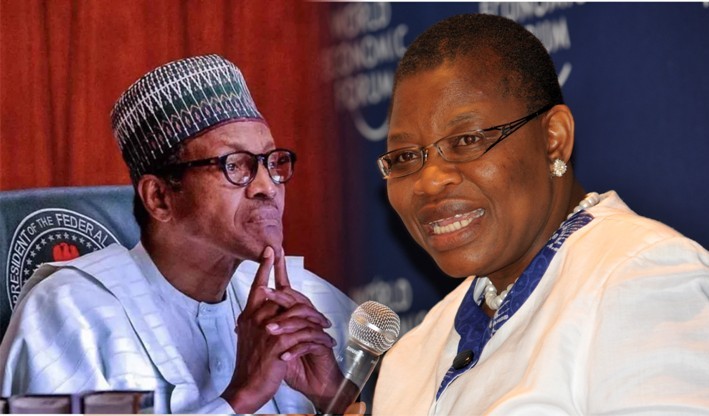 The Former Minister made the demand while reacting to the abduction of 317 students from the Government Girls Secondary School GSSS Jangena, Zamfara state.

”Yesterday I woke to the news of the abduction of over 300 school girls from GSSS Zamfara and the deepest pain hit me into a clamp-up. I rejected requests from @cnni, @BBCAfrica, @channelstv, @ARISEtv etc to be interviewed. What have I not already said these 7 years in Nigeria?

“This morning in my personal prayer, I cried out to God, “Was this not why You asked me to STAND for Chibokgirls 7 years ago and give my ALL to their cause?” “Was it not to get @NigeriaGov  to ACT DECISIVELY and forbid abomination from becoming the NORM in our Land, Lord?”

“The abduction of 219 #ChibokGirls in 2014 was an ABOMINATION in our Land. What did we not do over the cause of 2 different Administrations to demand Justice for them so it NEVER REPEATS? Two Administrations egged on by their admirers failed to hear us and ACT DECISIVELY.

“With 112 remaining #ChibokGirls FAILED by @NigeriaGov, 110 #DapchiGirls happened and #LeahSharibu remains unaccounted for. With #LeahSharibu abandoned, 334 #KankaraBoys happened, then 41 #KagaraStudents and now 317 #JangebeGirls yesterday. Abomination has become a Norm.

“When KagaraBoys happened, outraged, I made the strongest possible DEMAND a citizen can regarding the failed leadership of @NGRPresident

“@MBuhari. I wrote: Nigerians should collectively ask for an Independent Medical Evaluation of @MBuhari . Nothing else makes sense now.

“It is NOT NORMAL for a Leader of a country to be carrying on unperturbed while SERIAL ABNORMALITIES occur all around him. There’s NOTHING NORMAL about the nonplussed manner @MBuharisits in Aso Rock uncaring that Nigeria is falling apart. Nigerians better WAKE UP to this.