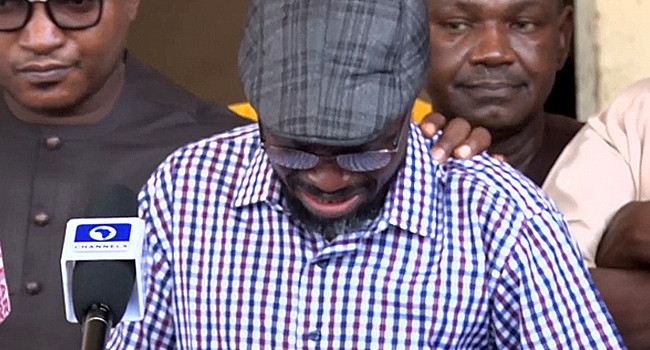 Kogi State Commissioner for Health, Saka Audu had a ‘teary’ moment as he inspected the vandalized Kogi State Medical Store complex located in Lokoja, the state capital on Wednesday October 28.

Audu who lamented that some of the equipment destroyed in the attack were worth billions, stated that it has taken the state back.

“We lost the entire contents of Kogi State medical store.

“Equipment worth billions of naira were stolen. Those that couldn’t be stolen, like the walk-in refrigerator for immunization, where our vaccines are stored, components of our MRI and CT scan were vandalized beyond repair. Others were moved from the store and broke into pieces in nearby bushes.

“It is indeed a very unfortunate development that the state will find it difficult to recover from as we don’t have the capacity to provide what have carted away or vandalized in a short time.”

The commissioner also revealed that the state government is currently quantifying the extent of the damage and would eventually make public the list of the stolen items and their cost implications.