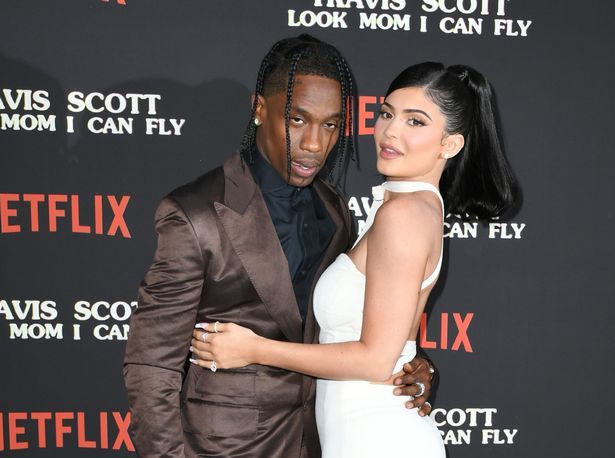 Billionaire Makeup mogul, Kylie Jenner has fuelled rumours that she and her Babydaddy, Travis Scott are on the verge of splitting.

Kylie Jenner fuelled the rumours of her split from boyfriend Travis with a sassy post on Instagram which got fans talking.

The 22-year-old billionaire makeup mogul shared another mirror selfie from her clothes closet but added a cryptic caption.

Whereas the pic seems innocent enough, her caption has caused many of her fans to speculate whether all is rosy in the relationship with rapper Travis, who is the father of Kylie’s one-year-old daughter, Stormi Webster.

The Keeping Up With The Kardashians star cryptically wrote: “Ain’t a game, boy.”

Close friend Yris Palmer then commented: “Made for one player,” along with a fire emoji, which was enough to fan the flames about Kylie’s relationship status.

Eagle-eyed fans then spotted a glaring omission in the latest photo, which has stoked the split rumour to further heights.

They noticed that a framed photo of Travis, which can be seen in previous similarly taken sefies, is now missing altogether.

The last two photos taken from the same position on August 4 and May 17, show the framed photo clearly in pride of place.

A Kardashians fan shared their thoughts, which sparked a huge debate in the comment section: “So I noticed something in Kylie’s recent post..She removed the picture she had of her and Travis and the caption seems sus.”

If there is a hint of a split, then it would be a serious turnaround in feeling for the couple, as they have just given a very intimate interview for Playboy, along with Travis directing Kylie for a series of smoldering snaps.