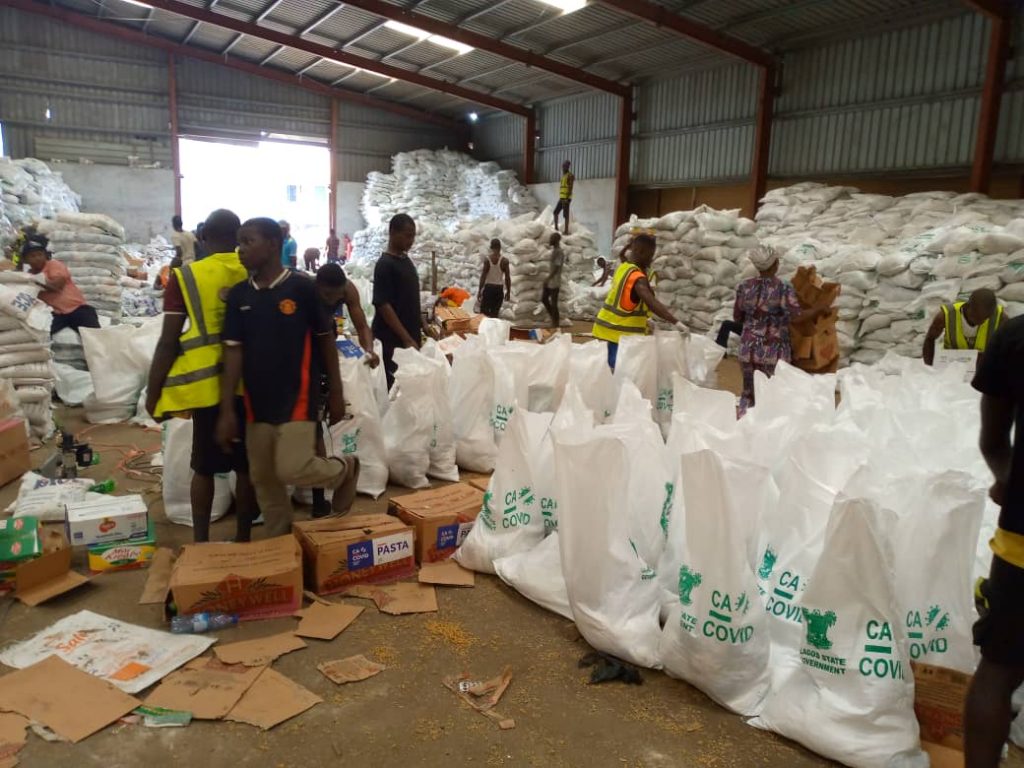 The Lagos State Government has condemned the invasion and vandalization of a COVID-19 palliative warehouse located at Mazamaza on Thursday.

Hundreds of Lagosians had trooped to the warehouse and carted away the food items which include rice, beans, yams, noodles and others.

The government in a statement on Thursday evening, signed by Abisola Olusanya, Acting Commissioner for Agriculture, explained that the items found in the store do not belong to Lagos State alone but to the entire Southwest.

It further explained that contrary to what some people believe, the warehouse in question is not state-owned but was made available by the Private Sector Coalition against COVID-19 (CACOVID) group along with the contents for onward distribution as palliatives to indigent members of the community.

The full statement reads: “The Lagos State Government has condemned the vandalization of the warehouse at Mazamaza housing the food palliative packages donated to the government by the Private Sector Coalition against COVID-19 (CACOVID) group.

“The items belong to the Southwest, contrary to social media reports that they are all for Lagos.

“Governor Babajide Sanwo-Olu had on September 22nd, 2020, formally taken receipt of the food palliatives from the CACOVID team meant for distribution to the indigent.

“The State had repackaged its share of the consignment and was distributing it before the protests that have affected activities in the State.

The repackaging was being done to account for every beneficiary, according to the agreement with the CACOVID Group, which monitored the process.

“The warehouse in question is not State-owned and its usage was made available to the CACOVID group.

‘The distribution was on-going but had to be halted due to protests, before the invasion of the warehouse today.

‘For effective distribution, groups such as Transport Unions, Ethnic Groups, Religious Associations, Artisans and Tradesmen Association, People Living with Disabilities, Orphanages and Old Peoples’ Homes among others were being used as the distribution channels to their members.

“The State Government, however, regrets the invasion of the warehouse and appreciates the support offered by the CACOVID group to the citizenry of Lagos.”