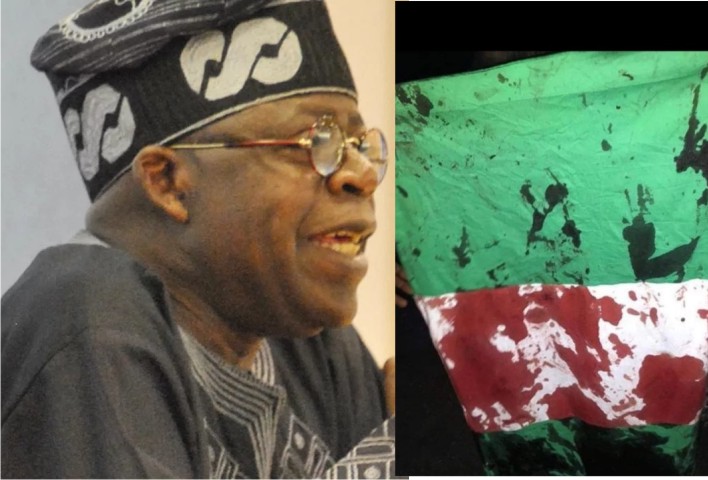 He spoke while responding to furious Nigerians who called him and accused him of having a hand in the killing of the peaceful #EndSARS protesters at their camping ground at Lekki toll gate.

In audio published by Dele Momodu, the publisher of Ovation Magazine,  Tinubu denied having in a role in the Lekki massacre, stressing that he is not the “Commander in Chief” and as such has no power to give such an order.

The APC National Leader also denied receiving proceeds of the revenue generated from the Lekki toll gate, urging the caller to read “the social media” well and pay less attention to lies as the roles credited to him in the Lekki massacre are all lies.

The Nigerian interrupted again, saying: “they fed us with lies, who ordered the soldiers to go and kill protesters?” another protester  “jumped in” saying “we are sure you have powers over this” but Tinubu replied: “Why do you believe it is me who ordered the Army to kill the protesters”? and the Nigerian responded: “Because you’re the one with the thugs, you are the one who is always doing this, because they locked down toll and you can’t make the money you have been making, haven’t you made enough money? How much money are you going to spend till you die”?

Tinubu replied: “Who told you that I’m the owner of the toll gate?” but the caller replied: “Are you going to be denying this? Sir, you are old, you have children, you are not going to be alive forever and when you die they are going to suffer for all these things you people are doing”, Tinubu replied: “YES.”

Listen to the audio below