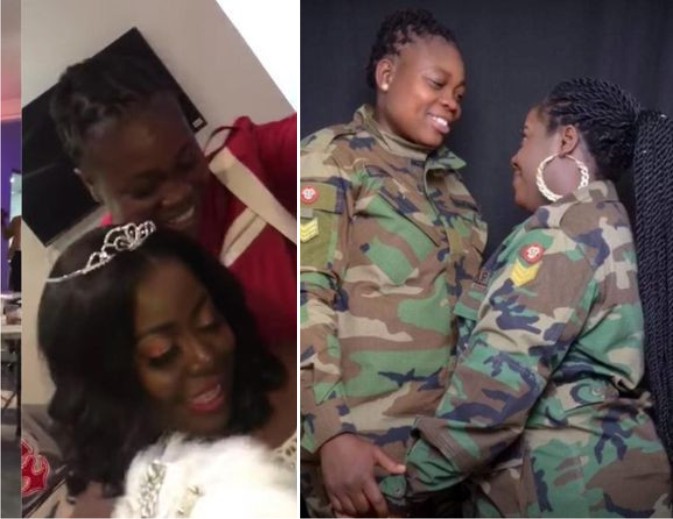 A Ghanaian lesbian lesbian military officer who got married over the weekend, have reportedly been detained and facing court-martial.

Their wedding which held over the wedding had divergent opinions among citizens of the Ghana with many expressing outrage over the “ungodly and abominable” event.

In the videos shared online before the arrest, the excited couple are seen dancing together while their guests cheered them on.

Few days after the video went viral, some local news platforms reported that the taller lady in the video (the military woman) was detained by military authorities and is facing a court-martial.

She is reportedly facing a military court-martial for giving out a military uniform to a civilian, her lesbian partner (who is a civilian) to take pre-wedding photos.