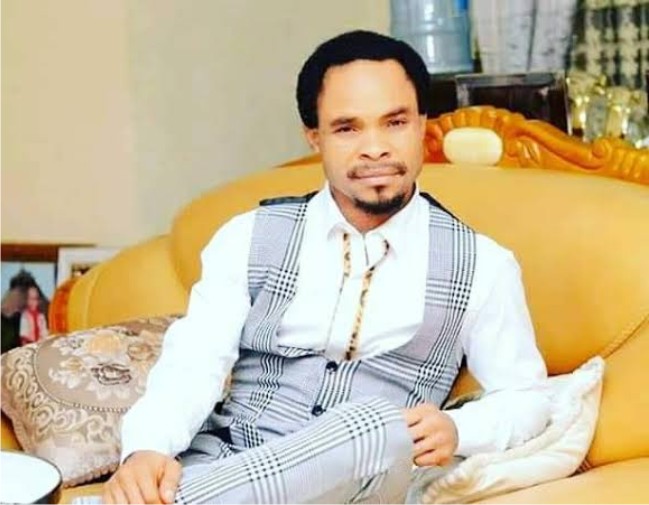 The Senior Pastor of Mountain of Holy Ghost Intervention Deliverance Ministry, Prophet Chukwuemeka Ohanaemere (Odumeje De Lion) has called on the Federal Government to delist the Independent Peoples of Biafra (IPOB) as a terrorists group and dialogue with their leaders.

Odumeje also urged the Government of Nigeria to change its approach in addressing the agitation of IPOB, saying the Biafra agitation is a genuine outcome of the neglect and marginalization of the southeast geo-political zone.

The firebrand gymnastic prophet who spoke to selected journalists in Onitsha on Thursday insisted that Ndigbo deserve a fair deal in Nigeria, saying they have paid the supreme price during the ill-fated 30-month civil war.

He bemoaned the continuous arrest and imprisonment of the members of the group, insisting that such an approach would only escalate the agitation rather than resolve it.

Odumeje also advised the Federal Government to cash in on the ingenuity of the Igbo youths and engaged them into productive ventures, saying they possess the skills to make a positive change in the country.

He said witch-hunting them under the guise of ending Biafra agitation is not a viable solution. The cleric urged Government to give the southeast zone a sense of belonging through equitable distribution of federal projects to the zone.