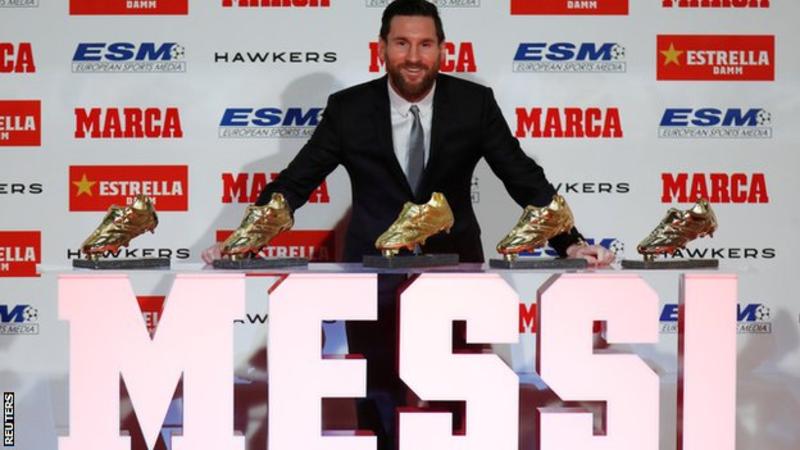 Barcelona and Argentina superstar, Lionel Messi, has won another Golden shoe for scoring 34 goals in 36 La Liga appearances in 2017-18, making him the highest goalscorer in Europe ahead of Liverpool’s Mohamed Salah (32).

Messi’s latest Golden Shoe award moves him one ahead of Cristiano Ronaldo, who has won four in total.

Messi who said never imagined having so much success after being presented with his 5th Golden shoe award on Tuesday, added:

“The truth is I had no idea this would happen when I started,” said Messi.

“I dreamt of playing professional football and enjoying success, I love the game, but I never imagined I would have so much.”

Messi currently leads Europe’s goalscoring charts once again, with 14 goals so far this term, as he targets a sixth Golden Shoe award.