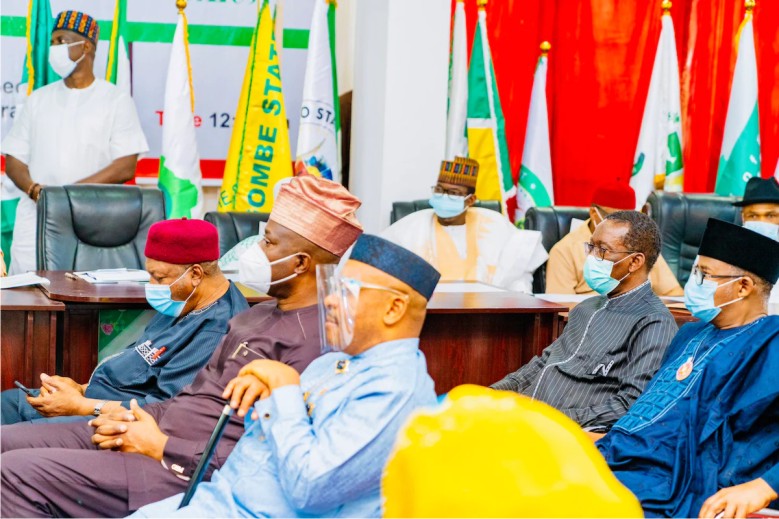 The dust raised by the defection of Governor David Umahi of Ebonyi state to the All Progressives Congress (APC) has not yet settled and a new report has listed names of more governors on the platform of the Peoples Democratic Party (PDP) having defection talks with the APC.

According to This Day, three PDP governors is on the verge of defecting to the APC if their talks with the party are successful.

A source from the PDP was reported to have said that the opposition party has not yet ascertained why the governors are considering leaving.

The names of the governors said to be considering defection include:
1. Governor Ifeanyi Ugwuanyi of Enugu state
2. Governor Ben Ayade of Cross River state
3. Governor Bala Mohammed of Bauchi

This is despite the fact that governors on the platform of the PDP on Thursday, November 19, pledged their loyalty to the party at a meeting in Abuja.

The chairman of the PDP governors’ forum, Aminu Tambuwal, who spoke on behalf of his colleagues, said they are committed to the goals of the party.

He said: “All 15 of us are here present. We are individually committed to good governance in our various states in order to make our party strong.

“This is a clear statement that we are united and working towards strengthening our party for the future.”

APC’s Governor Yahaya Bello of governor of Kogi state on the other hand has boasted that more governors of the PDP were making plans to join the ruling APC ahead of the 2023 general elections.

Bello said the Rivers state governor, Nyesom Wike, would be the last governor to join the ruling party. He also described Umahi as a believer in the APC even when he was a member of the opposition party.