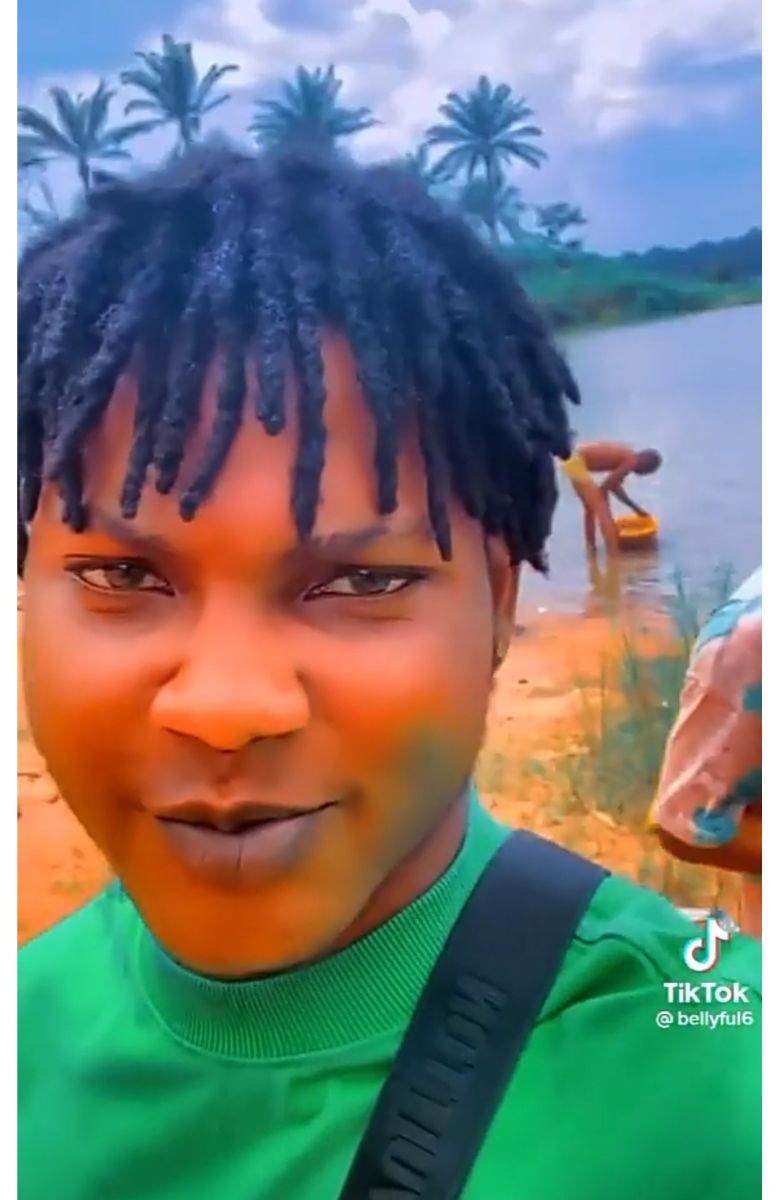 A young man has been spotted in a viral video bragging about being involved in a money ritual as a priestess carried out a ritual by a river bank.

According to the man, he has been carrying out rituals to be prosperous. He further stated that “people don’t get $50k from white men without a spiritual backup”.