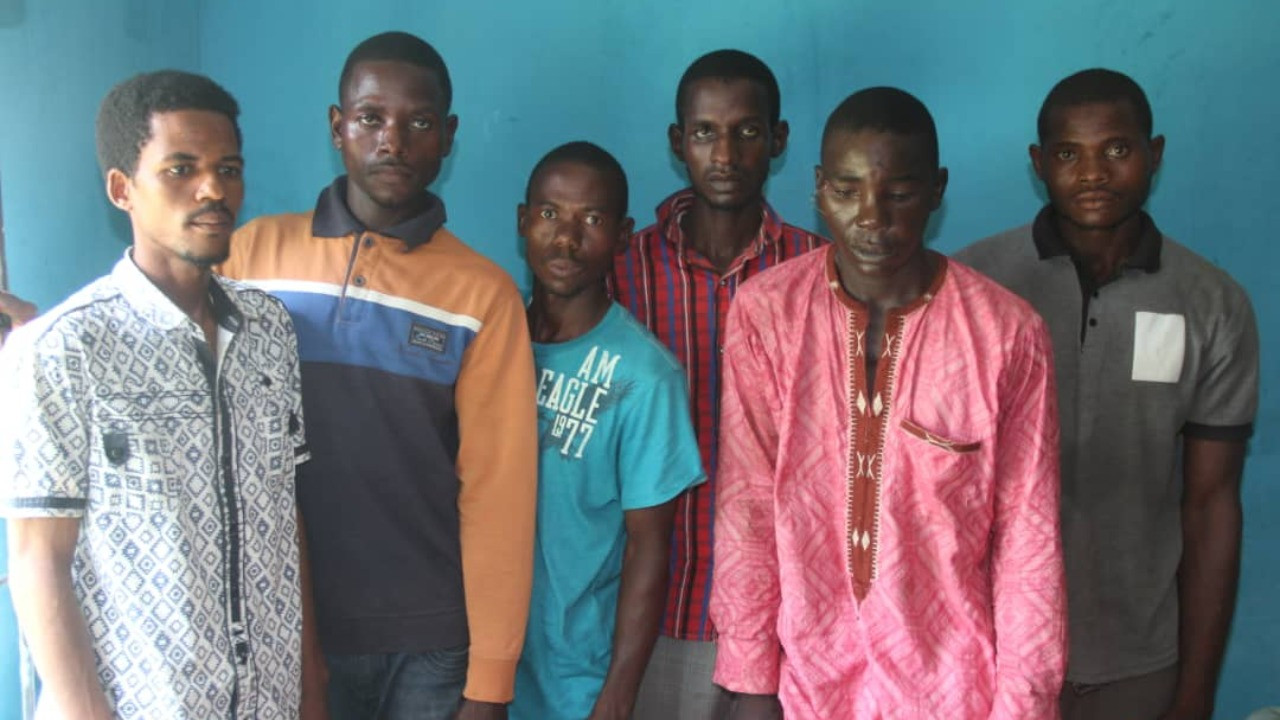 A 28-year-old man name Yusuf Yakubu has been arrested by the Bauchi state police command for allegedly sodomising his 13-year-old son at Yakubu Wanka area of Bauchi metropolis.

“On 23/09/2020 about 1300hrs, one Usman Ahmed ‘m’ aged of Unguwan Doya Gombe road Bauchi reported at ‘A’ Divisional Headquarters Bauchi that, on the same date at about 1100hrs, one Yusuf Yakubu ‘m’ aged 28yrs of Bayan Ganuwa Yakubu Wanka Gombe road, Bauchi, lured his son by name Salisu (not real name) ‘m’ aged 13yrs to his house situated at Bayan Ganuwa area and forcefully had anal-sexual intercourse with him.

“On receipt of the report team of policemen were drafted to the scene. Victim was taken to the General Hospital, Bauchi, for medical treatment.”

Yakubu who was paraded alongside other suspects arrested for various crimes, has reportedly confessed to the crime and will arraigned in court after investigation has been concluded.