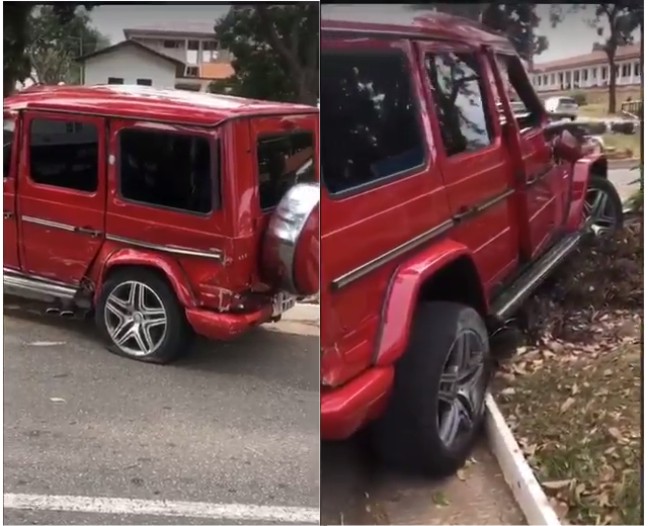 A man has crashed the the G-Wagon he hired to impress a girl.

The man who reportedly went out to impress the young woman he was interested in got more than he bargained for after he crashed the car he hired for the romantic adventure.

In a video making the rounds on social media, the Red G-Wagon whip was seen by the roadside waiting to be towed.

According to reports, the man who drove the luxury vehicle wasn’t the owner, but luckily, no life was lost in the accident.

See screenshot from the video below.