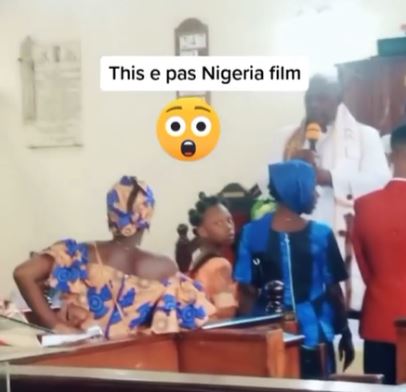 A man escapes mob attack after members of his wife’s family stormed a church where he was marrying a new wife, to present proof of him being married.

Family members of his wife were heard shouting during the church service that he’s married, and this led to the wedding being called off by the priests.

As the video rolled on, the man tried coming out of the church but rushed back after he saw a crowd at the exit.

This occurred in Sierra Leone this past weekend. To Watch the video click HERE.