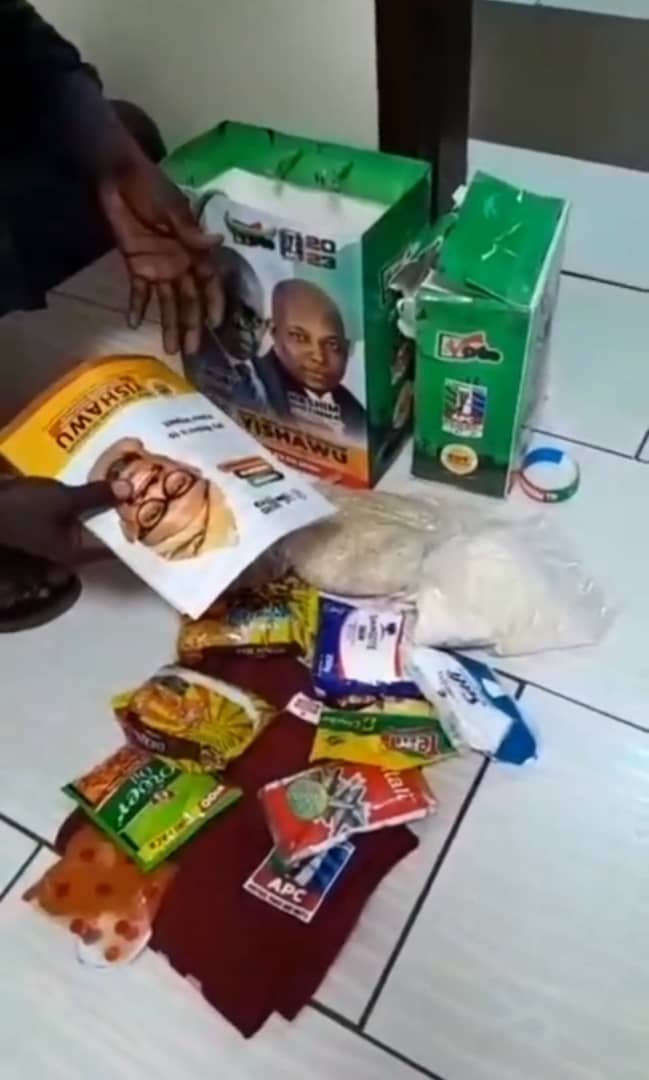 A man who seems to be from northern Nigeria has revealed what he was given in exchange for his Permanent Voter’s Card (PVC).

The man was seen in a video bringing out the materials he was given by the All Progressives Congress (APC) party after he gave them his voter’s card.

When asked what he was told, the man said nothing. He said he was only asked for PVC, then had his name and other details penned down after he handed the voter’s card to them, and was then handed the bag which had the description of APC and it’s flag-bearer and right-hand man, Messrs Tinubu and Shettima, respectively.

The man was heard identifying the items inside the bag while unveiling them on the floor.

You can watch the video below.