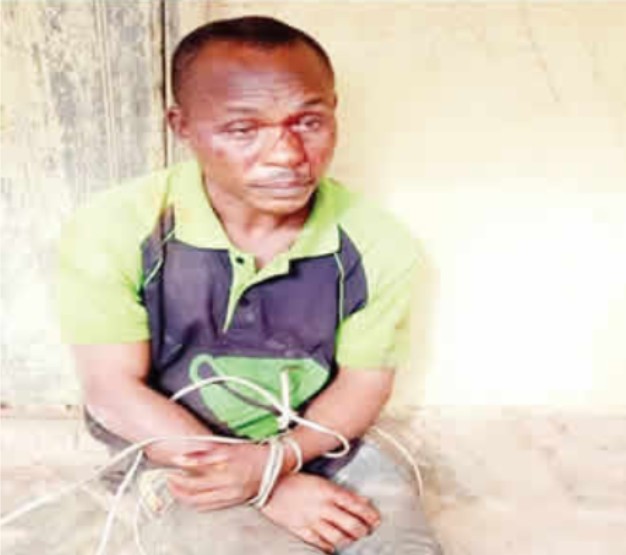 The Imo state police command have arrested 47 year old Sunday Agwim, pictured above, for allegedly murdering his 62-year-old mother in their home at Umuobom in the Ideato South Local Government Area of Imo State.

Confirming the incident, the spokesperson of the state police command, Orlando Ikeokwu, said the command received a report from members of the community that the suspect ”murdered his mother using a hammer and a machete on her head and ”completely grounded the head into powder beyond recognition with the hammer.”

Ikeowku says police arrived the scene of the incident and found the remains of the deceased. The police took the body to the mortuary where an autopsy would be carried out on her.

He added that the suspect has confessed to the crime but says he doesn’t know what came over him.

The police spokesperson says the matter is still being investigated and would be charged to court soon.