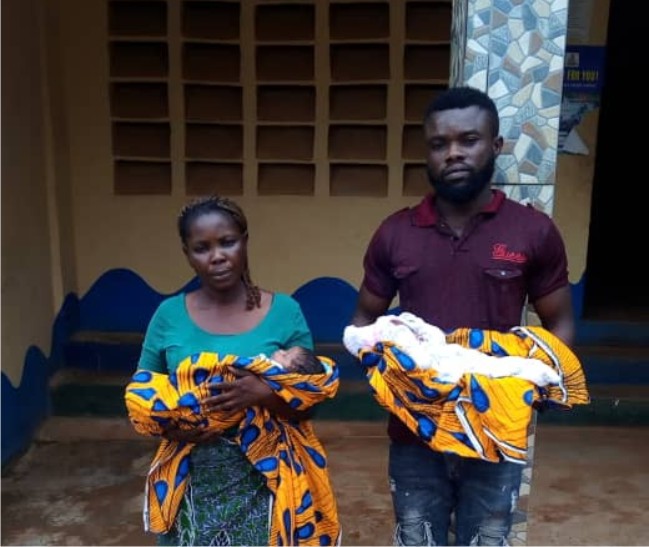 A 31-year-old man, Chijioke Chukwulota, has been arrested by the Anambra State police command for allegedly selling the twin babies he had with his ex-girlfriend.

This was disclosed in a statement by the Police Public Relations Officer in the state, Haruna Mohammed, on Tuesday.

“The suspect lured his ex-girlfriend whom he allegedly impregnated and stole the twin baby girls, aged about two months after she gave birth to them through a cesarean section and sold same children to one Tina Ibeato, 31, of Imo State at N150,000.

“The two suspects have been arrested and the children recovered in good condition.”