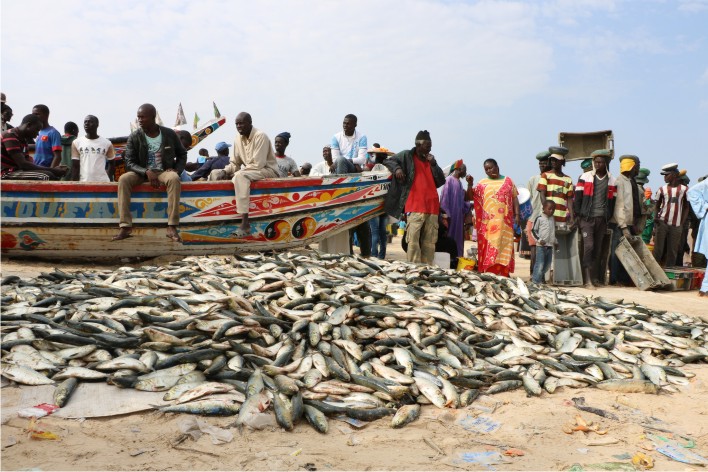 A mysterious skin disease of unknown origin has struck hundreds of fishermen in Senegal in recent days, prompting a major investigation as authorities rush to identify the cause.

All the infected men come from fishing towns along the outskirts of the capital Dakar and have been placed in quarantine, according to Ousmane Gueye, national director of health information and education.

“It’s a dermatitis associated with an infectious disease,” Gueye said. “We are checking further and hope to find out soon what it is.”

Symptoms of the disease include “lesions on their faces, extremities and for some, on their genitals,” while others have reported headaches and elevated temperatures. Disturbing images on social media purport to show the painful boils on some of the stricken sailors, as well as “swollen and blistered lips, and large pimples on their hands.”

The first case was reported in the community of Thiaroye sur Mer on November 12, when a young man presented with “swelling of the face, dry lips and redness of the eyes.”

Authorities have imposed a temporary ban on fishing expeditions for several days as they assess the extent of the outbreak and try to determine its cause.

Meanwhile multiple samples have been taken from the local area to find the origin, including seawater, local fish, and algae specimens among others sent for analysis by the Senegalese Navy.

Preliminary investigations have ruled out bacterial or virological contamination according to Minister of Health Abdoulaye Diouf, who confirmed at least 18 hospitalizations as a result of the outbreak.

Investigators now suspect some form of toxic pollution or algae may be responsible, as video shared online purports to show extreme pollution in the area which has allegedly killed thousands of fish.