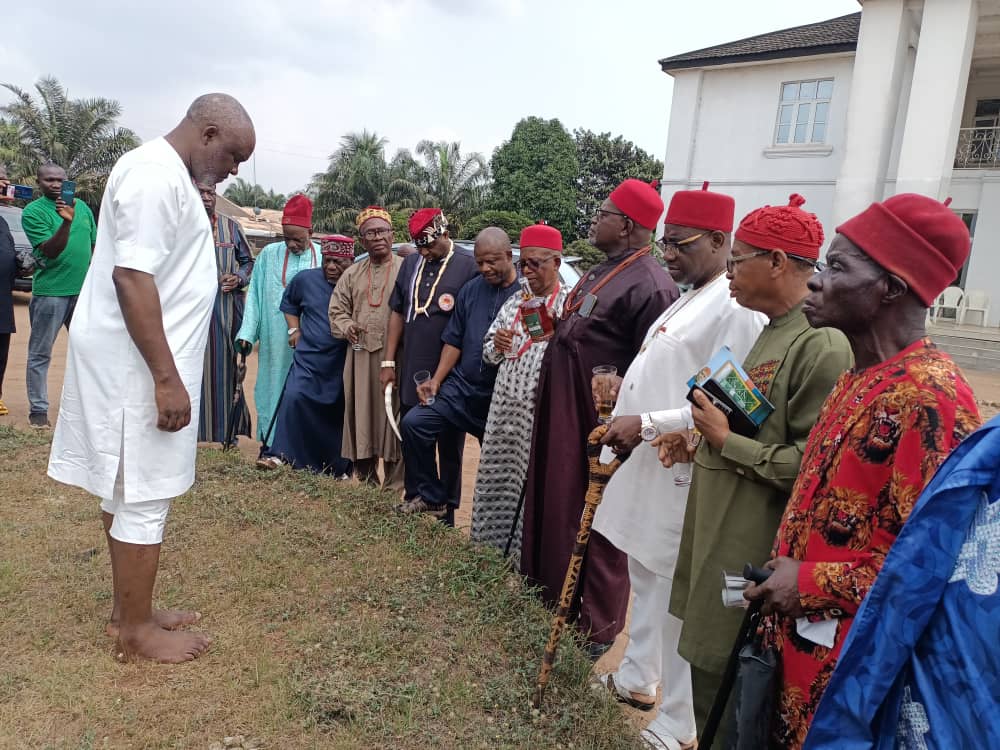 It was showy, impressive and big bunch of razzmatazz ever seen in contemporary political campaigns. Nwawuba is simply phenomenal, the next big thing expected in MBAIKE, dragging opponents beyond their elasticities.

Candidly, it won’t be an overstatement to unequivocally state that Ihitte Mbieri and the entire Mbaitoli is comfortably in the bag. While others can only scratch the surface, Nwawuba has dug deep in the hearts of the people.

More cheering is the testimony of the restoration of the institution and sanctity of the stools of the traditional rulers of Mbaitoli communities.

It is indeed heartwarming that the revered traditional rulers of Mbaitoli extraction have put on their gauntlets to defend their own and father land.

It is true that Ndi Eze Mbaitoli are pained by the seeming colonization of Mbaitoli by external and internal collaborators. They rowed in unism.

The land of Mbaitoli quaked. Even the forest trembled. The gods of the land are awoken. The Ofos are charged. Ogu is coming for vengeance. The chariots are ready. Ndi Eze Mbaitoli are ready to jaw the jaws and war the wars if need be.

All holes shall be plugged against infiltrators. Day of reckoning awaits all internal saboteurs. Onward, Mbaitoli shall march to victory.

Ndi Eze Mbaitoli are bold, courageous and fearless. This, they have demonstrated by their patriotic endorsement of their son, Rt Hon Henry. Nwawuba. It goes again to show the era of political control of Ndi Eze Mbaitoli was gone, and gone for good.