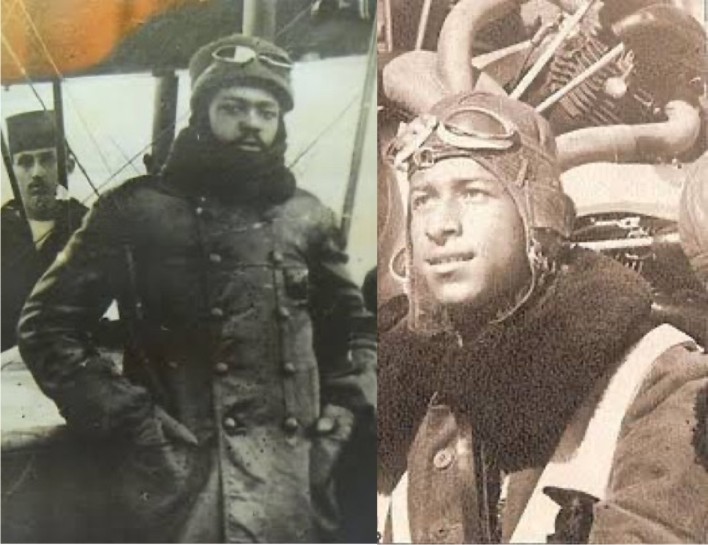 Ahmet Ali Çelikten who lived between 1883 and 1969 is said to be the world’s first Black Pilot.

He served in the Turkish (Ottoman Empire) military as a military aircraft pilot.

Çelikten was born in the coastal city of Izmir (formerly Smyrna), in Turkey and named Zmirli Aliolu Ahmed at birth. He is said to the grandson of a concubine slave from Nigeria; that his mother, Zenciye Emine Hanim, was a Yoruba woman, and his father, Ali Bey, was of Arab and/or Turkish and African heritage (possibly Somalian).

His mixed racial ancestry was testimony to the Ottoman Empire’s participation in the slave trade that for centuries brought in non-Muslims called “Zanj” primarily from East and Central Africa.

Intent on becoming a sailor, in 1904 Çelikten entered the naval military school Haddehane Mektebi (School of the Rolling Mill) whereupon completion in 1908, he was commissioned first lieutenant (Üstemen).

As World War I approached, the Ottoman military recognized the need to assemble an air force and began training pilots. Çelikten commenced his air cadet training in 1914 at Deniz Tayyare Mektebi (Naval Flight School) at Yeilköy near Istanbul and graduated November 11, 1916, several months before Frenchman Pierre Réjon and the American Eugene J. Bullard (the man usually given credit for being the first black military pilot) earned their wings in France.