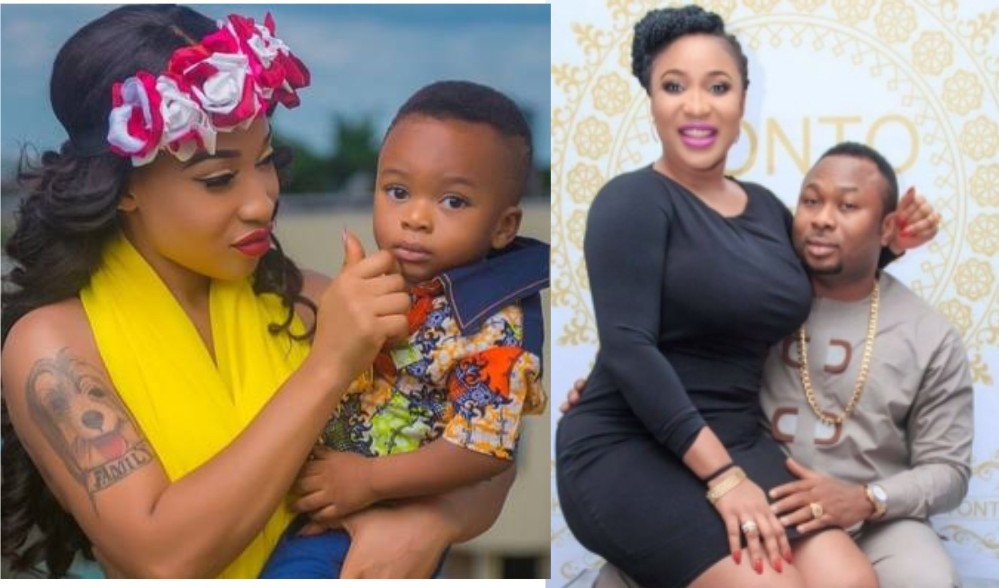 The messy drama that followed the unfortunate end of Actress Tonto Dikeh’s marriage to her ex-husband, Olakunle Churchil seems to have been resurrected. This time, it also doesn’t look good.

It started when Tonto’s followers started bugging her on why she changed her son’s surname to her family’s name and Tonto responding that Churchill was dead in the life of her son.

It created a lot of Twitter and Instagram backlash between Tonto and her ‘fans’ before Tonto Dikeh went further to accuse her ex-husband, Olakunle Churchill, of sponsoring an anonymous twitter user to attack her person.

The twitter user @RealEmmalez, did a thread accusing Tonto of attacking Churchill unnecessarily just to get attention online.

Tonto who was enraged by this, took to her Instagram page to drag both Churchill and his mother. She accused him of sponsoring the posts against her and cursed her ex-mother-in-law to speak the truth or go down with her family.

The drama can be captured below from what Tonto wrote and the post by the anonymous twitter user.