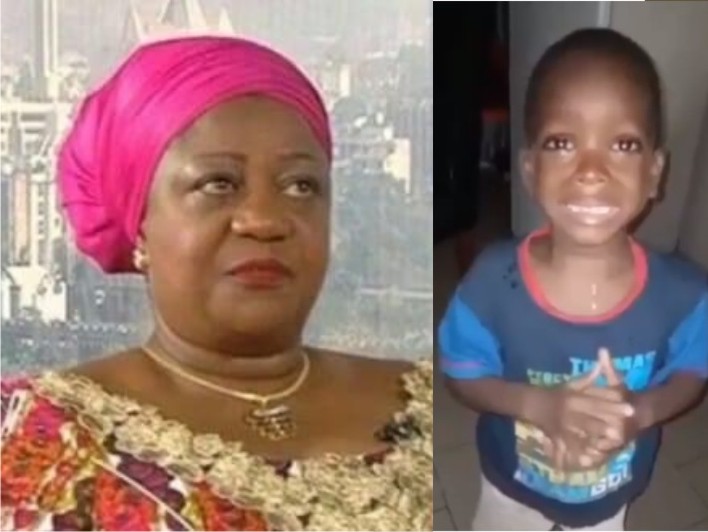 President Muhammadu Buhari’s aide on social media, Lauretta Onochie, has condemned the viral video that surfaced online recently, which captured moments a young boy begged his mum to calm down when he was about to be punished for his misbehaviour.

Onochie, in disapproving of the actions of the boy’s mother, said she was deeply affected by her actions and that watching the video would be traumatizing for children.

She stated that if Nigeria was like the United Kingdom, the boy’s mother would have been charged and would also have lost the custody of the child.

She wrote, “The calm down video, is a clear case of child abuse. That was not discipline. TIMES HAVE CHANGED 2020 Many Nigerian adults today, are suffering from the effects of similar abuse when they were children. In the UK, the child would be in care, his mother charged.

“I was distressed by the calm down video. I can’t imagine the trauma that child and other children who watched it, went through. We must make laws that protect children in our nation. There are better and more effective and humane ways of effecting behavioural changes in children.”

2 thoughts on ““Mummy calm down“ video is child abuse, the mother should be charged – Buhari’s aide says”