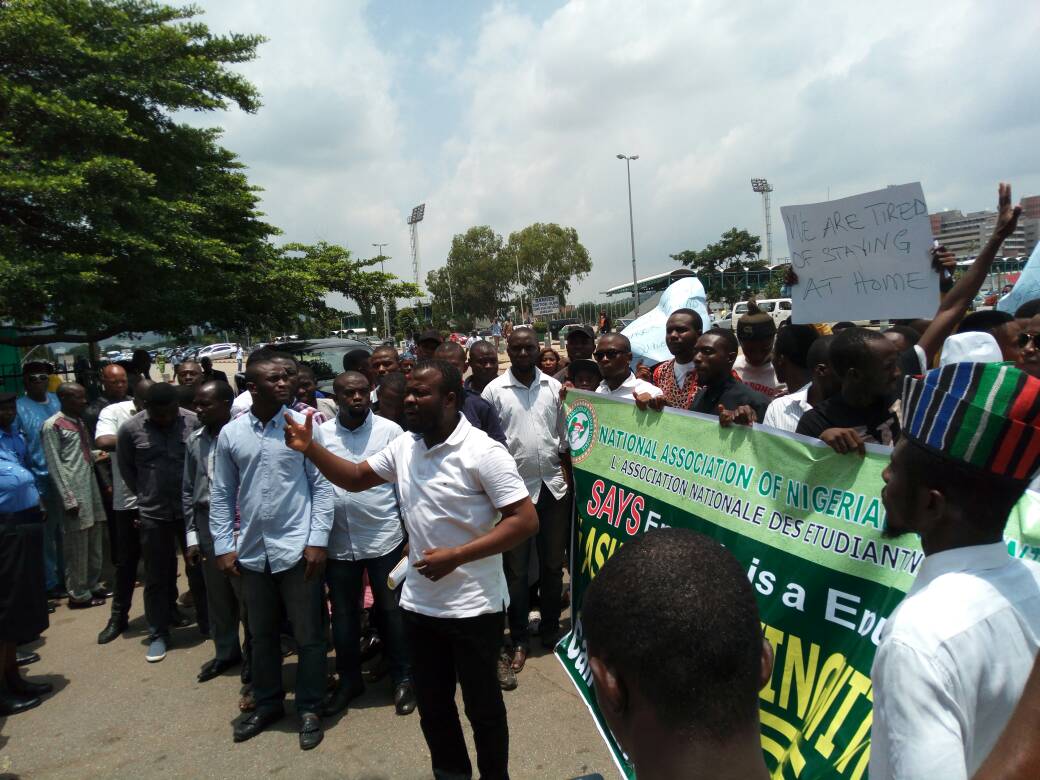 The National Association of Nigeria Students, NANS, met yesterday and threatened to boycott and disrupt the 2019 general elections should the Academic Staff Union of Universities, ASUU, and its Academic Staff Union of Polytechnics, ASUP, counterpart and the Federal Government fail to reach an understanding and call off the ongoing strike.

NANS Zone B, comprising tertiary institutions in the South East and South South, at a peaceful demonstration at the Delta State end of the Niger Bridge, barricaded the expressway to register their displeasure over the lingering strike and called on the federal government to either negotiate with ASUU, or forget about the elections.

The protesting students, drawn from the eleven states of the South South and South East, were seen wielding placards of various inscriptions such as, “ASUU/ ASUP strike, Another way to increase crime”; “ No resumption, no election”; “We are tired of endless negotiations”; “End strike now”; “NANS Zone B wants Her Students back on campuses”; Nigerian Students have bright future; do not truncate it with strike”; “NANS Zone B says no to strike” and “Save education, end strike now”

Zone B coordinator of NANS, Comrade Okereke Godson said students could not afford to stay at home while the country holds the 2019 general elections, warning that the umbrella body of the students would chase away voters on election day if the federal government failed to reach agreement with ASUU and end the strike.

He said: “Students constitute 46 percent of the electoral strength in this country and if the federal government fails to end the strike, we see it as a deliberate attempt to rig the poll because the election cannot hold while we remain at home. Let them open our campuses or election will not hold.”