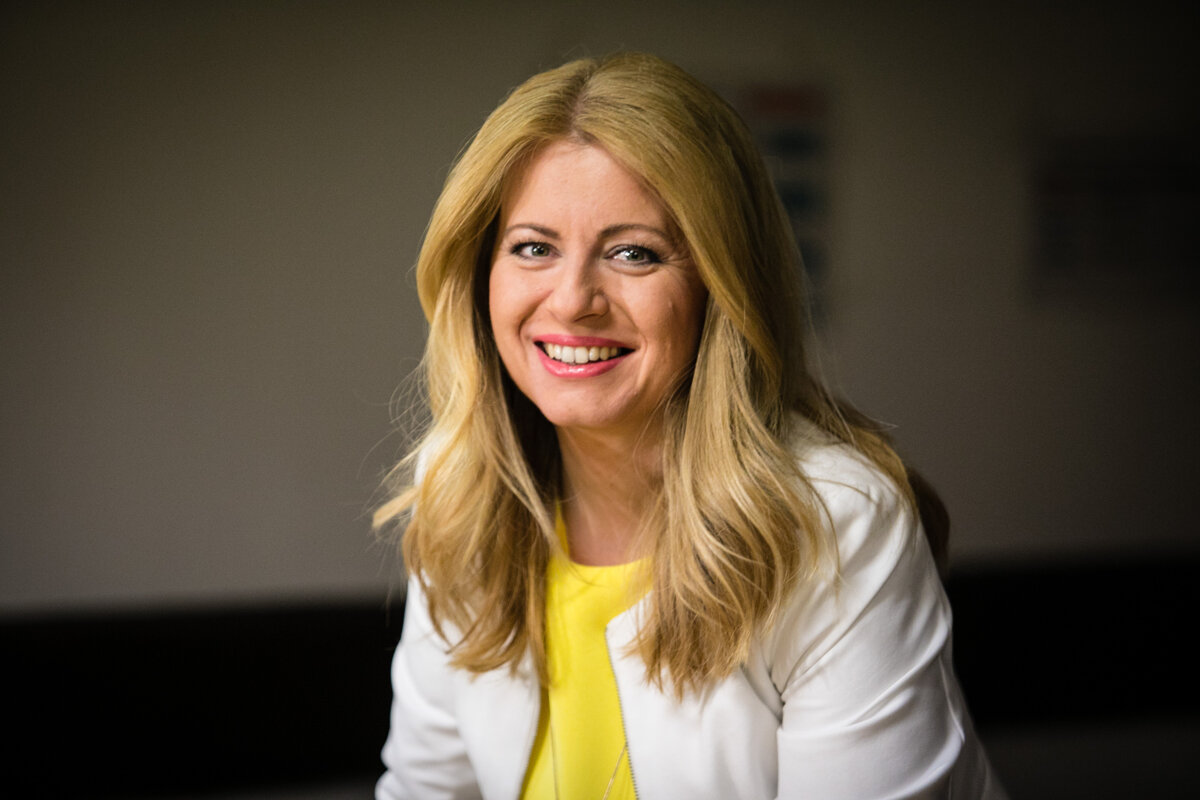 Zuzana Čaputová has joined the league of great women who have made history by emerging the first female presidents of their countries.

Zuzana Čaputová is the first woman to be elected president in her country Slovakia and the entire region of the Visegrad Group.

“Thank you for standing by me, I promise I will stand by you,” Čaputová said in her first speech as president-elect at midnight, after her competitor Maroš Šefčovič congratulated her on her victory over the phone.

She said that she will also aspire to win the trust of the people who have not given her their trust yet.

Zuzana Čaputová said that she is pleased not just with her victory but also because she achieved it in a way that many have doubted: without aggressiveness or smear campaigns.

“Perhaps we thought that justice and fairness in politics is just an intellectual topic, but today we see that it is the desire of many people,” Čaputová said. Justice and fairness have been the leading topics of her campaign. Observers believe they have resonated among society, particularly after the events of 2018 in Slovakia, marked by the murder of a journalist and his fiancée and the political turmoil that followed.

The 45-year-old environmental lawyer’s clear victory Saturday over the ruling party’s candidate was a blow to the populist-left Smer-SD — the largest grouping in parliament — and could spell trouble for them in the EU elections and next year’s general vote.

She is a relative political newcomer who rose to national prominence in the aftermath of the shootings of investigative journalist Jan Kuciak and his fiancee in February 2018, which sparked mass protests and toppled the then-premier.

“A candidate embodying democratic forces has won, and Sefcovic, who was a symbol of continuity, has lost,” analyst Grigorij Meseznikov told AFP.

Headlines from the country’s newspapers on Sunday suggested the vote was a fresh start for the central European nation of 5.4 million.

“Zuzana Čaputová gives us hope but the real fight will only come now,” said Dennik N, a leading opposition daily.

She ran on the slogan of “Stand up to evil” but made a point to keep her rhetoric hostility-free.

“Let us look for what connects us. Let us promote cooperation above personal interests,” she said as the results rolled in.

The office of president is largely ceremonial, but the role does involve ratifying international treaties, appointing top judges. The president is commander-in-chief of the armed forces and can veto laws passed by parliament.