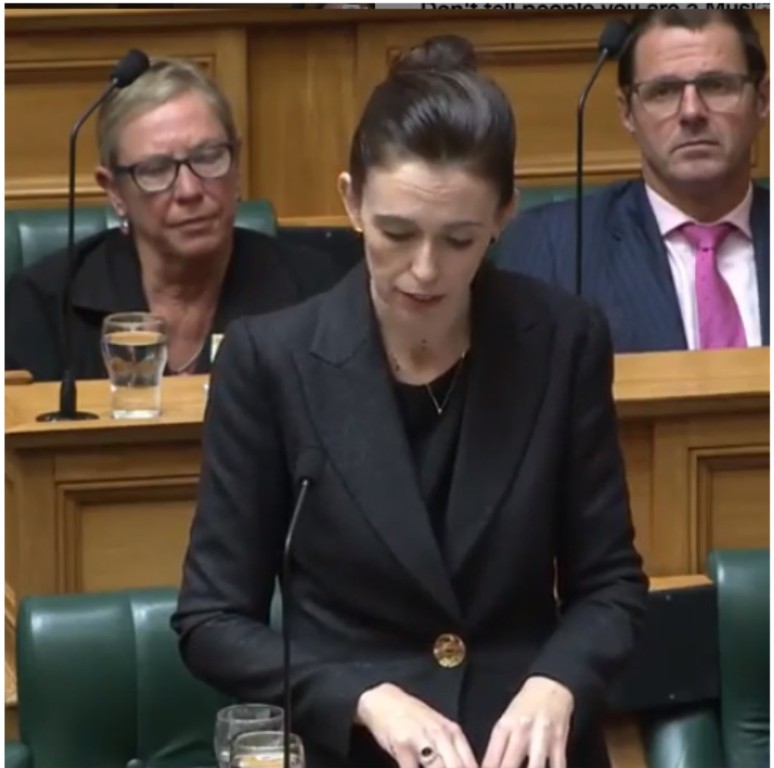 New Zealand’s prime minister Jacinda Ardern has been praised as a true leader for the way she has so far reacted following the Christchurch mosque terrorist attack.

The terrorist who opened fire on two mosques in New Zealand killed 51 people and left many fighting for their lives.

Following the terror attack by the white supremacist, Jacinda Ardern not only condemned the attack but offered consolation to the families of the victims and even visited Christchurch Muslims.

In an impassioned speech to the country’s parliament, Ms Ardern implored others “to speak the names of those who are lost, rather than the name of the man who took them”. That the killer has sought many things from his act of terror but one was notoriety. Hence, she will never mention his name.

Listen to the excerpt of her speech in the video below: