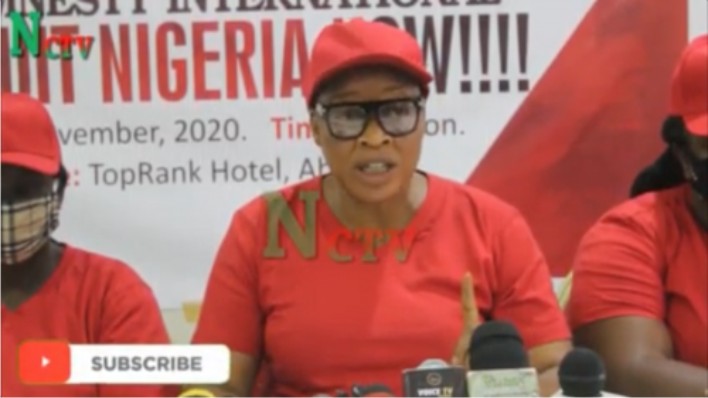 A Non-Governmental Organization known as Centre for Africa Liberation and Socio-Economic Rights (CASLER) has threatened to bring violence upon staff of human rights group, Amnesty International if they do not leave Nigeria after a seven-day ultimatum.

Princess Ajibola, convener of CASLER, issued the threat at a press conference organized by the group on Wednesday, November 4, saying that Amnesty International will face massive destruction of their offices in Abuja and Lagos if they fail to leave.

The NGO’s failure to leave Nigeria will attract civil disobedience at its offices in Abuja and Lagos on a scale that will make the campaign of looting and arson it facilitated appear like child’s play. Its staffers will be treated the same way that innocent policemen and our children lynched by mobs were treated,”Ajibola said.