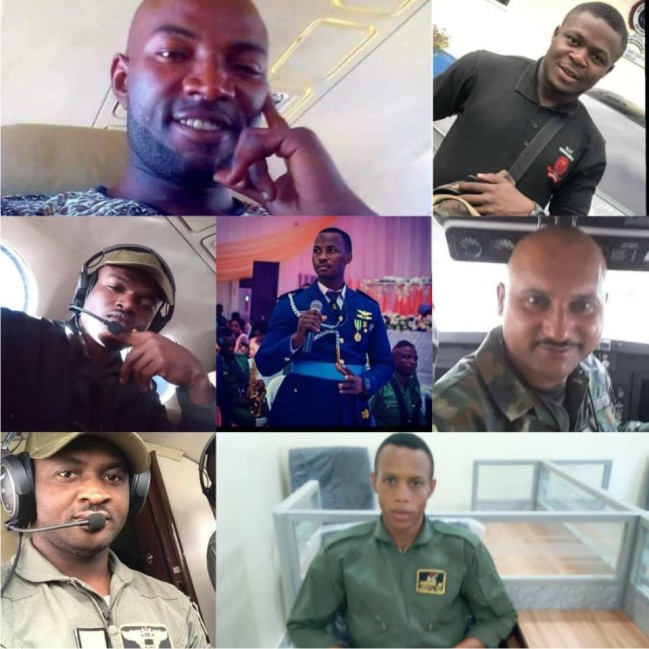 Names of the seven personnel who died in the military aircraft that crashed in Abuja on Sunday February 21 has been released by the Nigerian Air Force (NAF).

According to a statement released by AVM Ibikunle Daramola, the Director of Public Relations and Information, the deceased personnel include;

Daramola said the Chief of the Air Staff (CAS), Air Vice Marshal Oladayo Amao, has instituted an investigative panel to determine the remote and immediate causes of the accident.