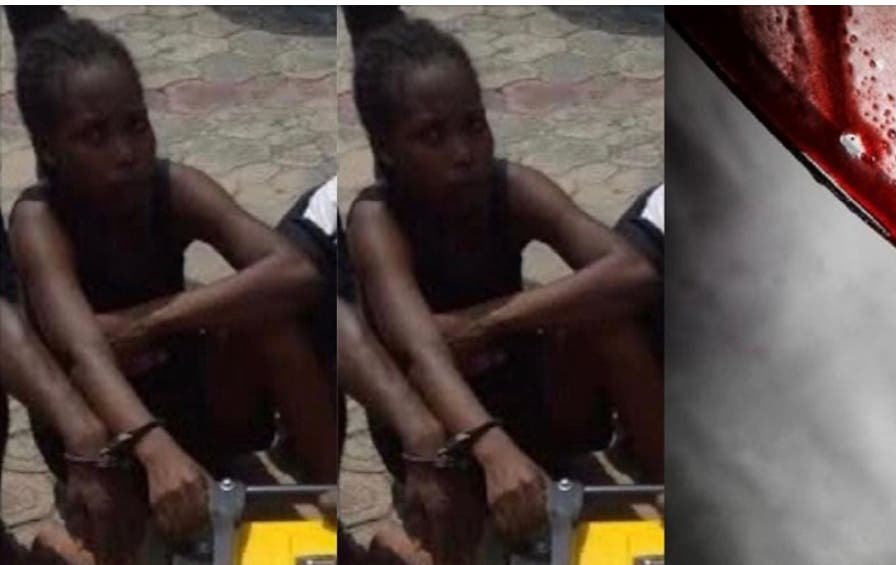 According to reports, the couple had an argument over a missing N1,500, which led to Ezekiel stabbing Aboh whom she was dating for about a year.

The incident happened at Obele in Yenagoa Local Government Area of Bayelsa State.

The problem started when the deceased allegedly slapped the hairdresser for daring to ask him about the missing N1,500.

The suspect, was paraded on Thursday, by the Bayelsa State Police Command alongside other suspected criminals in connection with kidnapping, murder, burglary, and stealing.