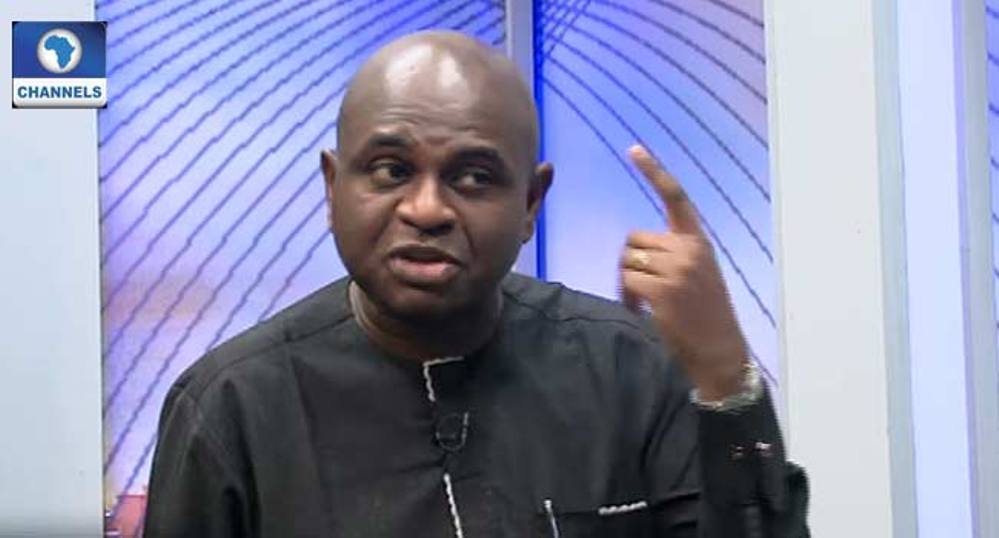 The presidential candidate of the Young Progressive Party (YPP), Professor Kingsley Moghalu, has taken a swipe at Nigerian youths for the role they played during the recently held general elections.

Moghalu, who was a guest on Channels Television’s Politics Today, regretted that the young populations did not make their presence felt during the polls.

“The biggest disappointment was with the youths. The youth vote was absent. They make a lot of noise, they rant and rail but you will not see them on the voting day. And when they vote, they don’t vote in line with their rhetoric,” he said.

When asked if the polls witnessed improvement when compared to 2015, Moghalu said, “The organisational efficiency and effectiveness of the election was generally weak. We saw it. First, it was postponed at the last minute and in many parts of the country, there was chaos at the polling booths especially in rural areas.”

Reacting to President Muhammadu Buhari’s victory at the polls, he advised the current administration to justify the votes and work hard to restore trust Nigerians have reposed on the President.

In doing that, he wants the Federal Government to focus on three cores areas bordering on national unity, building a vibrant economy and the nation’s security.

Speaking on security, he decried the poor funding of the police, calling on the government to properly equip its personnel with the modern tools to properly secure lives and properties.

Moghalu, who is also an economist and former Deputy Governor of the Central Bank of Nigeria (CBN) however wants the complete removal of subsidy.

He also wants the Nigerian National Petroleum Corporation (NNPC) to be privatised because it “is not a very profitable corporation, it is not a transparent corporation.”

Asked if he would still throw in the hat for the 2023 presidential race, his response was “it’s too early to make that kind of decision.”

Ahead of the 2023 general elections, the YPP candidate wants the presidency to be zoned to the south-east.