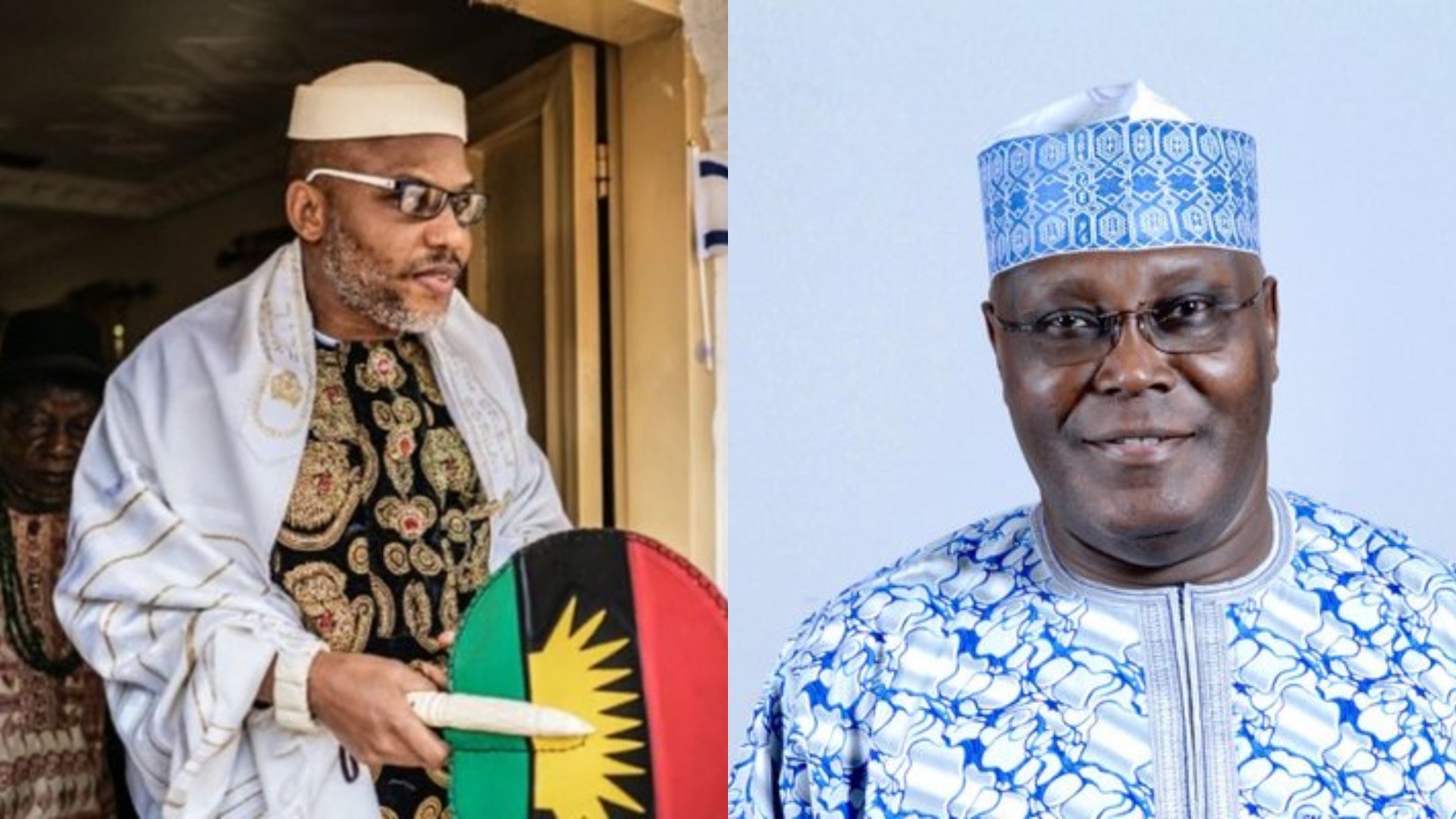 New facts have emerged to confirm that Nnamdi Kanu was not wrong when he said that the presidential candidate of the People’s Democratic Party, Atiku Abubakar is from Cameroon.

Fredrick Nwabufo who identifies as a media personality has revealed how Nnamdi Kanu came to the conclusion that Atiku Abubakar is from Cameroon and also called the IPOB leader a ‘disturbed’ person who is using the information for exploitative propaganda purposes.

Read what Fredrick wrote below:

Before I give a historical perspective on the veracity of Nnamdi Kanu’s claim that Atiku Abubakar is “originally from Cameroon”, I must say this about this disturbed personality.

Kanu is a disadvantaged character who does not take himself seriously, but who some lost Igbo sons and daughters, in terrible need of guidance, take seriously.

I do not think he regards much of the rottenness that proceeds from his vocal aperture. I believe he laughs at himself and takes a dip with the cacophony that his bizarre utterances and “commandments” effectuate.

Kanu is a “little scared figure” with the ego of a planet. He is what happens when elders fail, and the people yearn for guidance; a lodestar to show them the way. Whoever emerges to cater to their sentiments is king.

But I think Kanu knows he has thousands of young impressionable minds in his thrall; so he provides them fodder to feed their sentiments, curiosity, bias and confusion. This is how he keeps his business enterprise alive.

It is all about “influencing”. Kanu is not different from Speed Darlington, the Instagram clown, who markets products for clients by making wry comedy out of them.

The more controversial he gets, the more his influence and the more financial endorsements from “sponsors”.

When Kanu marketed the Buhari body-double conspiracy theory, he scored a big one. Many Nigerians, including professors swallowed the garbage. I read as some professors theorised about the possibility of his claim and shuddered at the “certificated ignorance”.

I was surprised that only a few people realised that Kanu was delivering a PR assignment – denuding Buhari. And he was successful at it. President Buhari had to succumb to pressure to confirm his own existence.

But now, he says Atiku is “originally from Cameroon”, and that the PDP presidential candidate became a Nigerian when his region through a referendum became part of Nigeria.

Is he right? Is there a method to his madness? Yes. Kanu may not be entirely wrong.

And really, much of the present day Adamawa state in Nigeria is part of the old northern Cameroon. In fact, there is a region called “Adamawa” in Cameroon today. And even the kingdom of the Lamido of Adamawa stretches into Cameroon.

However, Kanu’s claim, though historically correct, is for exploitative propaganda purposes.

Kanu does not believe in Biafra, he only believes in the idea of making a living by selling an illusory kingdom.

Biafra is just merchandise for him.