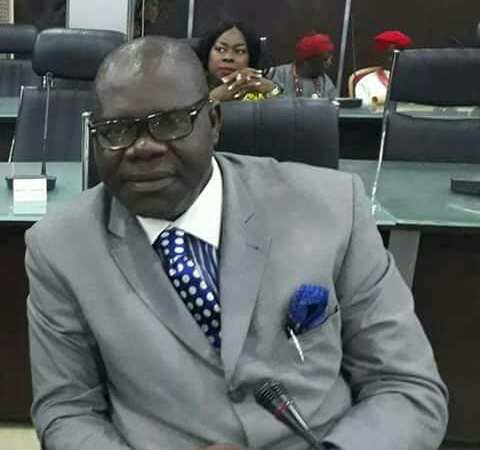 NO ONE IS TOO BIG TO SERVE HIS COUNTRY, STATE OR PEOPLE- HYPOCRISY AND JEALOUSY UNPLUGGED IN IMO!

The dictionary meaning of the word “hypocrisy” is “the practice of claiming to have higher standards or more noble beliefs than is the case.”

Jealousy is a green-eyed monster defined as being “unhappy and angry because someone has something that you want.”

…Hmmm, going by the foregoing, it is safe to say that there are too many hypocrites and jealous fellows out there!

GOD has a unique way of exposing evil minded people and making them to go back to their vomits just like he has done with the fallouts from some recent political developments in Imo State.

We recall that while serving as Honourable Commissioner in Imo State under HERO THE HERO, hypocrites kept taunting and asking in a demeaning manner- “how can a whole you”, a “whole Professor” be an “ordinary Commssioner”?

We are yet to know what is “ordinary” about being considered a fit and proper person to be appointed by a democratically elected Governor to hold a constitutionally recognised office which translates to being a Member of the State Executive Council- the highest decision making body in the State.

Laughable ignorance can sometimes be packaged as iberiberism!

Without reckoning that other Professors had served in these capacities in Imo State either under other past Governors of Imo State like Governor Udenwa and Governor Ohakim and indeed across various States of the federation, these funny crew and their cohorts mischievously taunted that our patriotic acceptance of the call to national service.

We have always known that it was all about being green with envy and what is playing out now has further confirmed that they were insincere and malevolent.

In the last few days, the internet, newspapers and radio stations are awash with congratulatory messages to people including Professors, technocrats, senior and elderly politicians, publishers and journalists, (not excluding necessituos hack writers and e-urchins, pseudo intellectuals, idle and chattered politicians) appointed to membership of TTC and Inauguration Committees by the Imo Governor-elect.

Against the benefit of hindsight and how these dishonest fellows insanely criticised, the apt question will be why did these Professors and technocrats and the like agree to serve in these ad hoc TTC and or inferior Inauguration Committee and why are they celebrating it?

This question is important because the blind critics had made it appear that no Professor or technocrat was eligible to serve his state and under a person who is not a multiple Ph.D holder.

The euphoria, ecstasy and excitement that has gripped those appointed into these makeshift committtes and their fans have not escaped unnoticed.

Listen to what Hon Ike C. Ibe, Governorship candidate of DA in the 2019 Governorship election has to say about it-

For the hypocrites, they want us to believe that it is a big deal serving in temporary Committees not covered by official Protocol but it is nothing being appointed a Special Adviser or an Honourable Commissioner and Member of the State Executive Council after being screened and confirmed by the State House of Assembly.

That is classical self-deceit!
We no gree abeg.

Bottom line:
No one is above serving his country, state or people in any capacity especially if invited to so do and he or she has value to add.

By and large, congratulations is better than sorry.
A new normal is possible…Biko gwazie ndi yard unu inugo!
Prof Obiaraeri is my name, the ☆☆☆☆☆ 5-Star Civilian General etc.