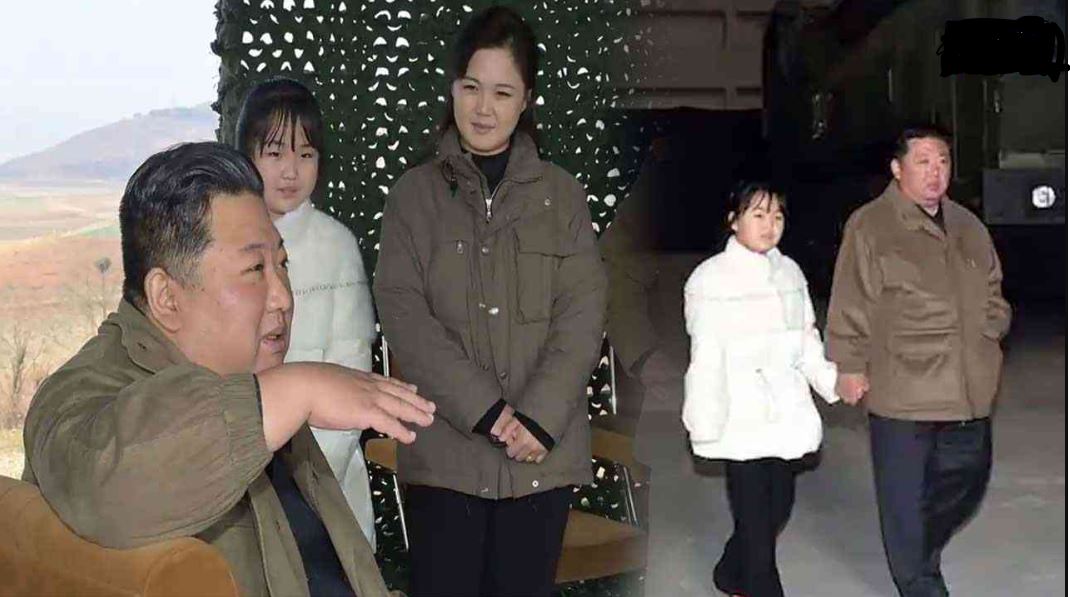 The Supreme Leader of North Korea, Kim Jong-Un has been spotted with his daughter in public for the first time.

This is quite unusual because the autocrat has been very secretive with his children.

Although the name of the daughter is still speculated to be Kim Chu-ae, the striking resemblance of the duo gave them away.

The duo was seen having a father-daughter walk as it seems the proud father was meticulously displaying his projects to her.

The leader was said to have been attending a ballistic missile launch on Friday. The missile, according to sources, is capable enough to destroy a state in Europe.

A lot of speculations have gone ahead as to why the leader would choose to attend such a sensitive event with a child. It gives the impression that she is closest to his heart and he might be grooming her for his succession.