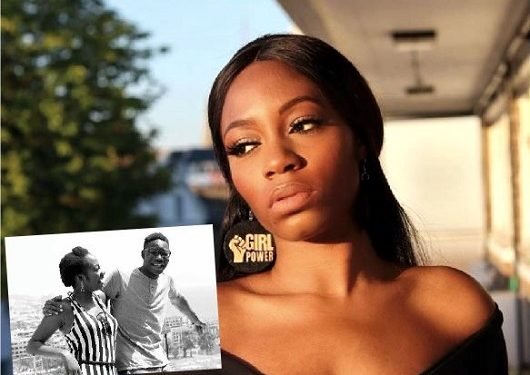 Despite having 10 years experience working on the front line for the London Metropolitan Police to combat dozens of acts of gun and knife crime that occur on a regular basis on the streets, Big Brother Naija star, Khafi Kareem has revealed that nothing prepared her for the murder of her brother, Alexander Kareem.

20-year-old Alex was shot as he left a West London shop in June.

“I worked on murder cases, then my little brother was shot dead’, Nigerian born Met police officer said. “Not in a million years” would she have thought  that her own brother would be gunned down  just like that.

She had been called on phone that day by her brother to come to the family home.

She had no idea what the summons was all about although her first instinct was that there had been an accident.

“My brother said it was about Alex, but he couldn’t tell me over the phone,” she told the London Mail.

“The worst thing I could think of was that my little brother had been injured somehow. Not for a minute did I think he was dead, and not in a million years would I ever have thought he’d been shot.”

Alex was the last born of their parents. He is described as  a sunny-natured young man who had never been in trouble and was due to start university.

He was shot as he left a shop near home in west London.

“Help me” were his last words as he lay dying on the pavement.

The police believe Alex’s murder was a case of mistaken identity in a society where the assumption in a case like this is that the victim was in a gang.

“People hear about the death of a black boy on the street and assume that he was in a gang, that it’s a case of live by the gun, die by the gun,’ Khafi said.

“But Alex couldn’t be further away from that life. After he was shot, nobody ever asked outright if he was in a gang,.

“But sometimes you could see the question mark in their eyes.

“People I knew said there must be more to it than a random act of violence, and one person asked if I was sure who my brother associated with. I told them yes, I was pretty sure. But it illustrated how, when a young black man dies, it is so easy for people to make assumptions.

“It is just a shame that you have to fight that prejudice first, before people can feel sorry about Alex or feel sad about what happened.”

Although investigation continues, the police are of the view that Alex was simply in the wrong place at the wrong time and was not the intended target of his killers.

The Mail quoted detective Chief Inspector Wayne Jolley, from Scotland Yard, as saying: ‘He was innocent. He had nothing to do with the horrid, horrible lifestyle that took him away. All lines of inquiry point to this being a tragic case of mistaken identity.

“Alexander did nothing wrong that night — he simply left a convenience store. The people who did this must be brought to justice.

“They ruthlessly shot down an innocent man in the street with no care of the consequences.

“We continue to urge anyone with information to come forward. These people do not deserve your protection — they set out to cause harm.”

Khafi who says  she has seen much grief  in the course of her  official duties on a murder squad  and “always been really passionate about looking after victims and the people who are left behind after crime”  never thought  “something like this would happen in my own family.”

She still finds it difficult that Alex is dead. “It’s still very surreal to me,” she said.

“People were saying that after the funeral things get better, but seeing him go into the ground — in a way I’m feeling worse now because now I wake up every morning thinking ‘gosh, he’s really gone’. It doesn’t seem real. I think in some ways everyone is still in shock.”

Khafi and her brothers are all first-generation Londoners, brought up in Shepherd’s Bush. Their mum, a nurse, raised them largely alone after separating from her geologist husband when Khafi was 12.

Of her mum, she said: “I was thinking about my brothers not long before this happened and thinking what an amazing job my mum has done.

“We’ve all been brought up in London, and she had three sons, and we’ve all made successes of ourselves.’

Alex — named after Alexander the Great — was the youngest, and all his siblings were protective.

“All of us wanted to look after him, so that’s what made everything so much more painful because any of us would have said we’d take the bullet for him,” she said, her eyes bursting  with tears.

Reminiscing about the years gone by, she said: “I remember one winter we were walking and came across a homeless person with no shoes on, and Alex was so upset for the man he started crying in the middle of the road, saying, ‘Why doesn’t he have shoes? It’s cold outside.’ I will always remember that. He just cared about people.

“’He was very quiet when you first met him, but once he got to know you, or when he was with his friends or people he knows, he just opened up.

“He was so talkative and very funny.

“I think as the youngest he wanted to carve out his own path.”

Alex was offered admission by the University of East Anglia to study computer science,  and was to start next month.

“He did all of the application process by himself without telling us, so we didn’t know until he got the acceptance letter earlier this year,” Khafi said.

“Alex had his 20th birthday at the end of March at the height of Covid and normally we would all get together, but we were all taking the rules seriously, so we didn’t see each other to celebrate, though I spoke to him.”

Ironically, on the night of June 8 when Alex was shot, Khafi  suddenly developed  an urge to call her brother.

“Around midnight I had this urge to speak to him. Normally I do his hair and I had this sudden feeling that I should get in touch and ask him when he wanted me to go over,” she said

Somehow, she postponed  the call to the  following day  when she realized it was late.

“Now I can’t stop thinking about whether if I had called it would have delayed him, and he might not have been killed.”

Alex had gone to spend the evening at a friend’s home on the fateful day.

At about  midnight, he decided to go to a local convenience store to buy soft drinks and sweets.

As he left the shop clutching his bag, he was shot twice in the chest and abdomen. Police believe that Alex’s killers approached him in a white Range Rover Evoque, which was later found burnt out.

Alex was pronounced dead at the scene although Khafi, like the rest of her family, is haunted by the notion that her brother did not die instantly.

“’Passers-by heard him shouting ‘help me’. After that he went silent. I can only hope it was quick because I don’t want to think that he felt too much pain,’ she said.