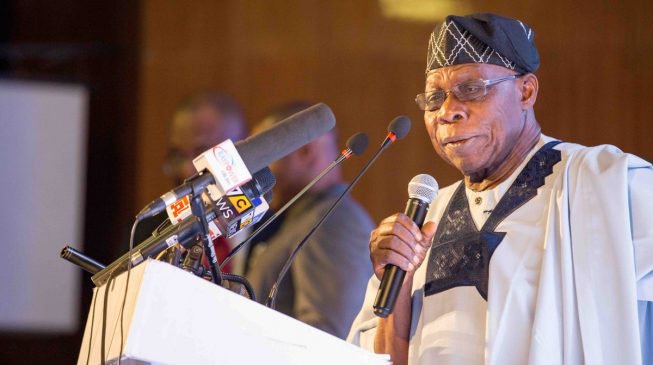 Former President Olusegun Obasanjo says many leaders of the Peoples Democratic Party (PDP) are after their pockets and stomach.

Speaking when he received leaders of the party from the region in Abeokuta, Ogun state capital, on Monday, the former president advised the opposition party to “purge itself of bad eggs”.

He said such individuals lacked commitment to returning the opposition party to its lost glory.

The elder statesman said Nigeria needs a vibrant voice and opposition with a view to building a virile democracy.

Obasanjo called for a strong voice and action from the opposition parties, in order to save the nation’s democracy.

He said he was willing to support genuine efforts from those who were passionate about the interest of the country.

“I knew PDP would lose the election in 2015 because it was clear, and I knew PDP will need to be rebuilt after losing the election,” the former president told his guests,” he said.

“You need what I call a critical mass of committed people, and come rain, come shine they are committed. With that, you can make Nigeria better.

:You see peoples’ faces beautiful but you don’t know what each person harbours inside of him. If you discover a bad egg, remove such a person and if such person has learnt his or her lessons, there can still be room to accommodate the person.

“Politically speaking, you can’t be my friend if you don’t buy into Nigeria’s project. For me, till death, I will continue to push for a better Nigeria.