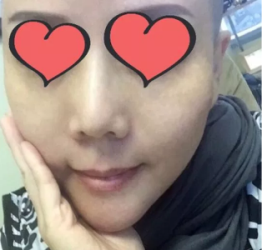 In another story of a plastic surgery gone wrong, a woman’s face and neck have been left covered in burn blisters after a facelift procedure went horribly wrong.

Reports has it that the woman, in her 50s, went to Taipei, Taiwan, for a plastic surgery. She is believed to have had Thermage treatment, a face-tightening procedure using radio-frequency technology that heats deep layers of the skin to stimulate collagen. Unknown to her, her skin had become burned from the inside after having the treatment.

She returned home after being given the all clear. But, once at home, she started feeling a sharp pain on her face that was quickly followed by the appearance of burn blisters. She went to a hospital but ended up in intensive care for three weeks as she was covered in second-degree burns.

Due to her burn injuries, she will need to wait at least two to three months before undergoing any new procedures.