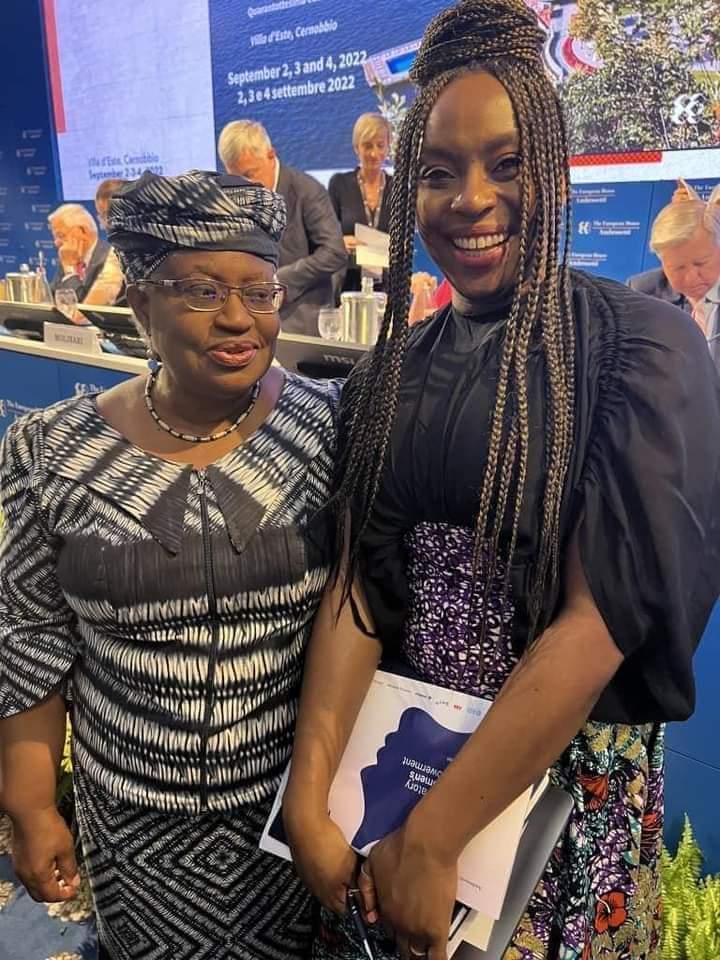 The Director-General of the World Trade Organization (WTO), Ngozi Okonjo-Iweala has expressed delight after meeting popular Nigerian author and feminist, Chimamanda Ngozi Adichie at an event in Europe.

The two great women met at an event in Italy where they partook in discussion about the future of globalization, supply chain vulnerabilities and the role of Europe in free and fair trade.

Tweeting after meeting Ms Adichie, Okonjo-Iweala shared photos from the event and wrote:

“It was wonderful to catch up with my talented and creative younger sister, Chimamanda Ngozi Adichie @ChimamandaReal. Star performance, as usual, at the European House @Ambrosetti_. So proud of you!”