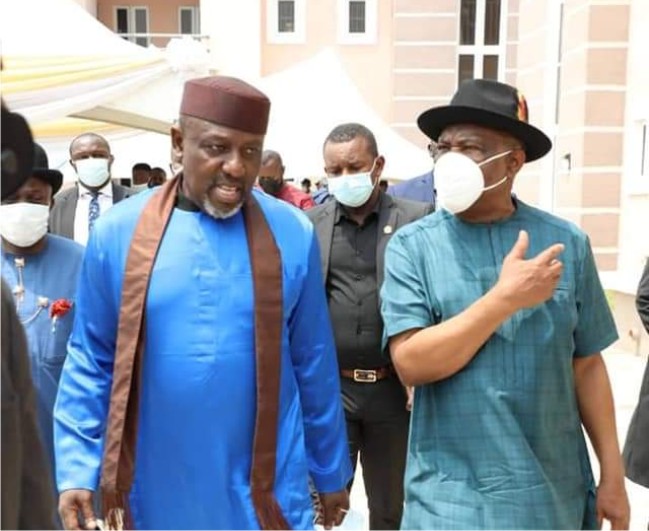 For the second time in one month, former Imo State Governor, Rochas Okorocha, has visited Rivers State Governor, Nyesom Wike amid his political travails ahead of 2023 elections.

The former governor who is now a Senator under the platform of All Progressive Congress, APC, had visited Wike in Rivers State to commission a project over a month ago.

But this time, his visit to the South-South State is to commiserate with Governor Wike over the demise of his uncle.

Rivers State Governor, Nyesom Wike, was joined by several political leaders over the weekend for the funeral of his late uncle, Chief Charles Aleruchi Ihunwo Wike.

The late Chief Ihunwo Wike who passed on at the age of 87, was until his demise, the Eze Epara Kwurume Chukwuokahia Obasinwo IV of Rumuepirikom Clan in Apara kingdom of Obio-Akpor Local Government Area of Rivers State.