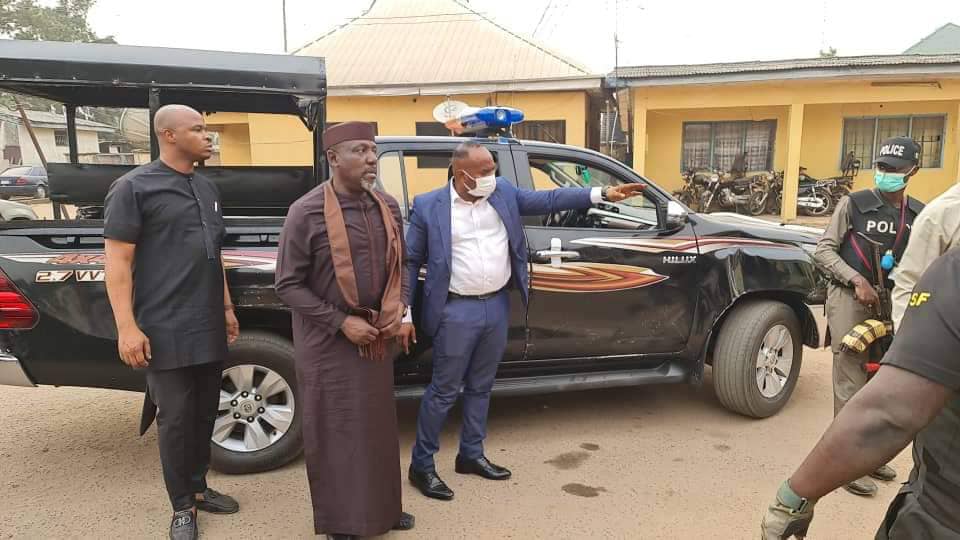 A close aide of Senator Rochas Okorocha has debunked viral reports that the former governor was arrested by the police when he went into his property sealed by the Hope Uzodinma-led Imo State Government.

Onwuasoanya FCC Jones, the state spokesman of a faction of the All Progressives Congress led by Daniel Nwafor, said Okorocha was not arrested but rescued by “a detachment of police officers from the Imo State Police Command… from some dangerous gunmen who were apparently determined to cause him harm.”

He further stated that “The police detachment swiftly responded to distress calls from members of the public who alerted the authorities when they suspected that something untoward may be in the cooks for the former governor as suspected assassins invaded the premises of the contentious Royal Palm Estate owned by the former governor’s wife.”

Onwuasoanya also quoted Okorocha’s aide who said the senator would never take the law into his hands.

According to the aide: “Senator Okorocha is a former governor of Imo State and a serving Senator. He is a law-abiding citizen who wouldn’t have contemplated taking laws into his hands. He was there to tell his supporters not to take laws into their hands.”