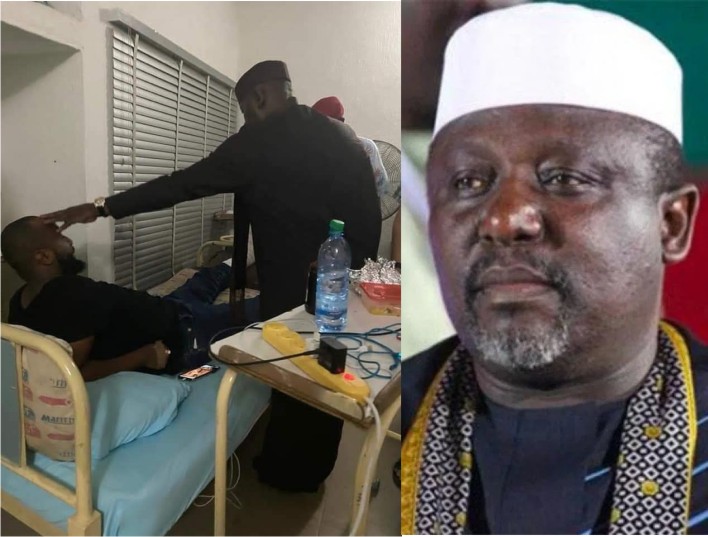 Son-in-law to former Governor of Imo State, Dr Uzor Anwuka, who was shot in Owerri, the Imo State capital, when thugs attacked the former Governor, will be flown abroad for treatment after three failed surgeries.

Uzor, an American trained medical doctor, was shot on the left leg by the thugs brought by Chinasa Nwaneri, SA on Special duties to Governor Hope Uzodinma on Sunday, Feb 21.

Okorocha, who is also the Senator representing Imo West, was attacked when he forcefully unsealed the Royal Spring Palm Hotel, a property owned by his wife, Nkechi, but seized by the State Government.

Speaking when the former Governor visited him in the hospital, Uzor said he had undergone three surgeries without any improvement.

According to him: “On the day of the incident my father-in-law called me that he was in Owerri to see his seized property and I drove down their to see him.

“On getting there, I saw a crowd of thugs. They had guns, cutlasses and other dangerous weapons, they started harassing everyone including my father-in-law (Okorocha).

“It was when they were asked to round us up that they started shooting. I made to climb the fence but I was hit by bullet and I fell into the bush and I was there for several hours before I was rescued and brought to the hospital.

“I have been in this hospital for six days and my leg have been operated three times but it is not getting better. So I will be going out to get a better treatment”.

Describing the attack as sad, Okorocha, said it was an assassination attempt on his life, stating that his major concern is to save his son-in-law.

“What I am concerned now is about is life, I thank God that he is alive but the report I am getting from the hospital is not quite pleasing regarding the three surgeries so far conducted since his arrival and we are hoping that he should be flown out of the country immediately for further examination.

”It is really sad, this is an assassination attempt, but I thank God he is alive. We’ve concluded arrangements with the hospital to move him out because they are suggesting that he may need some transplant, to cut some part, but we are hoping it will get better”.