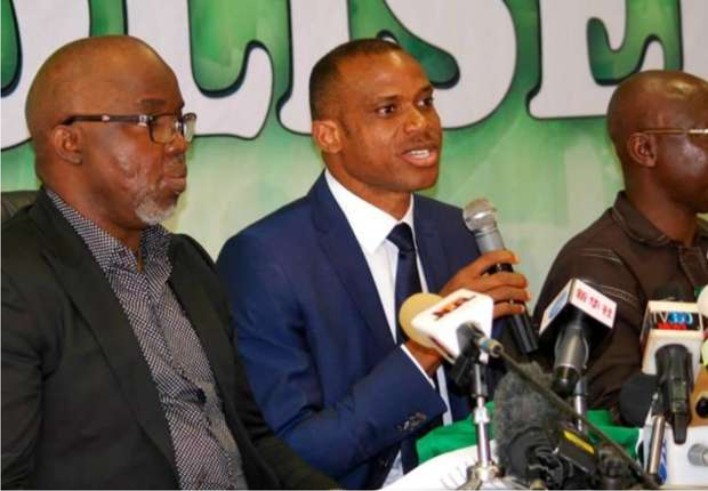 Former Nigeria international, Sunday Oliseh, has vowed never to coach the Super Eagles again, even if a second opportunity arise.

Oliseh, 45, was Eagles head coach between 2015 and 2016, before quitting unceremoniously.

Speaking in an Instagram live video chat with The Punch, the former Juventus, Ajax and Borussia Dortmund star said:“No, I don’t have the intention of ever coaching the (Super) Eagles again,” he said.

“I loved working with the boys, I love coaching my country, but the atmosphere around it was no longer healthy.

“I didn’t want the job anymore. Health-wise I was not feeling too good; secondly, we were owed salaries. I was spending money on my health and on my team. I just couldn’t die on the job.

“Truth is, we have a foreign coach now and from what I heard and know, he is being paid four times the wages Stephen Keshi and I were paid and these are two players (himself and Keshi) who won trophies for Nigeria.

“I’ve never heard Gernot Rohr complain about wages. Keshi, while he was coaching, was always complaining, when I was coaching for four months, I was unpaid, for six months my assistants were unpaid, so I had to leave the job; we were also being frustrated.”

Oliseh stated that he had plans to take the Eagles to the next level before he decided to resign.

“I had good plans for the team,” the 1994 AFCON and 1996 Atlanta Olympics gold medal winner said.

“You will notice that at a time I brought in (Wilfred) Ndidi, Alex Iwobi, Kelechi Iheanacho, young players who are dominating now. I brought in a world-class goalkeeper (Carl Ikeme) because I felt the old breed were ready to leave.

“Sometimes you ask yourself questions about Nigeria. You won laurels for the country as a player, you’re doing well as a coach, you were about qualifying for the World Cup and you’re unpaid for four months.”

As Eagles Coach, Oliseh qualified Nigeria to the CHAN tournament in Rwanda, qualified the country to the group phase of the 2018 world cup Qualifiers.

In his first game as coach of the Eagles in an AFCON qualifier he managed an away draw against Tanzania.

Oliseh last managed Dutch side, Fortuna Sittard after he was appointed in 2016.

But he was fired on 14 February 2018, after claiming the reason he was let go was because he refused to participate in illegal activities at the club.